I know it’s been a long blog-silence around these parts.  More on that later, but I’ve got something to say and I think we all need to hear it.

It’s gotten so a bish can’t look at the internets or the cover of the Rolling Stone without more news about scummy scumbag men using their professional authority to coerce younger women (and a few young men) to perform or witness specific sexual acts by these creeps.  Given the conversation all this autumn about sexual assault and sexual harassment at work in Hollywood (Harvey Weinstein, Kevin Spacey), journalism (Roger Ailes, Mark Halperin, Michael Oreskes, politics, and literally every other workplace in the United States, I’ve been thinking back on a little post I wrote about this the summer before last, after another in which I argued that the American Historical Association needs to take a stand against the sexualization of the workplace, because 95 times out of 100, it’s young women who pay the price (along with a few young men), and the status quo serves only the interests of older men (and maybe a few older women too).

This isn’t an accident.  This is the playbook for sexualizing people and workplaces as a part of the process of marginalizing  and alienating the junior folks who get caught up in these relationships, whether they’re consensual or not.  This is also a primary means by which men re-create the hierarchy of men over women, again and again.  Exploiting younger women (which is the overwhelming majority of sexual harassment and abuse cases) is a win-win for these guys, because they can get their rocks off, and–here’s the beauty part–you keep junior women from becoming senior women who might step on your nuts about all this because you’ve created an sexualized environment in which the junior women must either become victims or collaborators.  Most of them will quit eventually, and the ones that hang on are compromised because they’ve been drawn in as collaborators (or heck, even apologists for the abuse of younger women.)

Because we’ve been hearing about serial harassers and abusers from every other industry, it’s only a matter of time before we are reminded of the uniquely unaccountable power university and college faculty have over the lives and careers of our students.  And unlike physicians, attorneys, pastors, and therapists, we labor under no professional ethical or moral injunction against sexual relationships with our students.

To my everlasting dismay, some understand this to be a feature of the job, not a bug.

Universities and departments don’t have the guts to fire or reassign tenured faculty when they get up to this exploitation, so we the responsible faculty and our professional organizations need to take a stand so that we can de-normalize this behavior.  We need to make this sexualization of the workplace a thing of the past, because it is a key means by which women students and faculty in academia are reminded of our second-class status, our provisional membership in the club.

This is what I wrote back in the day: 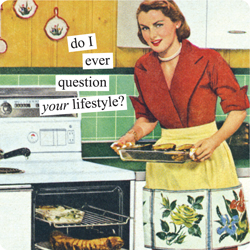 So what can we do?  The solution is very simple!  Don’t date your students.  Don’t stalk, harass, or overshare your feels with your students.  Don’t expect them to perform emotional or sexual labor for you.  Treat them like professionals, so that they can become the professionals they want to be without being humiliated or having their or your intellectual enthusiasm questioned or second-guessed.  (And the beauty part is that this works regardless of the sex of the students, the faculty, or of their sexual preferences!  Win-win-WIN!  Everybody wins!)

Find someone else to date for your middle-aged crisis.  Don’t $hit where you eat, and don’t make more crap for the rest of us to shovel.  We need to take this back to the AHA and ask them to reconsider the non-action they decided on in 2016 when I raised this issue.  More from me very soon, but for now, this is Historiann, over & out.

29 thoughts on “Who can defend the sexualization of work environments now?”