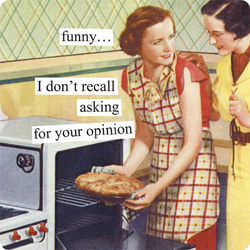 At least a dozen ways to stoopid, by Froma Harrop:

Bill Gates recently predicted: “Five years from now on the Web for free you’ll be able to find the best lectures in the world. It will be better than any single university.”

A year at a university costs an average $50,000, the Microsoft founder and Harvard dropout said last month. The Web can deliver the same quality education for $2,000.

Yet American colleges continue to float in the bubble of economic exceptionalism once occupied by Detroit carmakers.  American median income has grown 6.5 times over the past 40 years, but the cost of attending one’s own state college has ballooned 15 times. This kind of income-price mismatch haunted the housing market right before it melted down.

As the father of a student at Kenyon College told me, “It’s like driving a new Corvette to Ohio every September, leaving the keys and taking the bus home.”

This reminds me of that old Calgon bath salts commercial:  internets, take us away!!!  So why does that father choose to do what Harrop implies is the economically irrational thing and continue to drive that Corvette every autumn to Ohio?  Gee, I wonder!

American universities now rake in $40 billion a year more than they did 30 years ago. And most of that money isn’t going for academics, according to Andrew Hacker and Claudia Dreifus in their book, “Higher Education? How Colleges Are Wasting Our Money and Failing Our Kids and What We Can Do About It.”

She opened the press release herself!

For starters, the money is going to more numerous and more pampered sports teams. Duke University in Durham, N.C., spends over $20,000 a year per varsity golf player. And these squads rarely pay for themselves. There are 629 college football teams, and only 14 make money.

The number of administrators per student at colleges has about doubled over 30 years, according to Hacker and Dreifus. Their titles point to such questionable duties as “director for learning communities” and “assistant dean of students for substance education.”

Universities are also competing to make their on-campus experiences more like a resort than a bookish monastery. Some dorms feature granite counters, kitchens and walk-in closets. Fancy health clubs have replaced musty gyms.

What else are students getting in return for their enormous college bills? Some useful contacts for the future and four extra years to figure life out.

And they do receive an education, though the quality doesn’t seem to justify the rising costs. Full-time faculty members are being paid more for teaching less. Some elite colleges now offer sabbaticals every third year instead of the traditional seventh. Harvard has 48 history professors, and 20 of them are somewhere else this year.

The market will eventually recognize the out-of-whack economics of today’s “place-based colleges” and intervene. Some day soon, Web alternatives will let students of modest means try their hand at a college education. And what a great day that will be. 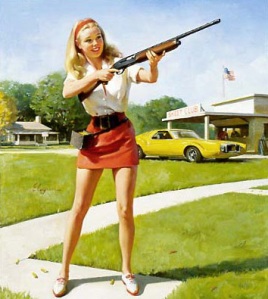 And when the day comes that the Froma Harrops and her friends who apparently have the discretionary cash to abandon a Corvette annually sit their children down in front of a computer for four years instead of sending them to Brown, Harvard, Vanderbilt, and Kenyon, monkeys will fly out of my butt to teach those online courses.  And then the Rapture will be nigh.

31 thoughts on “She opened the press release all by herself!”