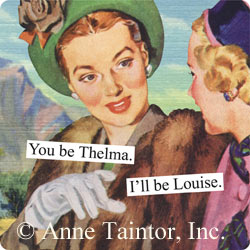 Me & my neighbors in Potterville tonight

I’m just back from the caucus. It’s nice to see my friends and neighbors, but seriously: we vote by mail in this state. Why the FRICK are we stuck with this deeply undemocratic caucus which most people can’t or don’t know how to get to? I say secret ballots in primary elections serve democracy better.

THAT SAID, I arrived at the caucus at 6:40 to check in and find my precinct. After nearly an hour of standing around, waiting for stuff to happen, listening to the caucus Chair reading letters from a few Democratic candidates for down-ballot positions, and a short speech from my representative in the General Assembly, Dave Young, we got down to business.

In the end, Hillary Clinton got 40 votes in my precinct, Bernie Sanders got 31. But, I live in a neighborhood with a lot of older people and retirees–you know, mostly homeowners who are reliable voters. There were a LOT of younger people at the caucus in general, if not so much in my precinct. I would say that the youth vote from the neighboring university and neighborhood was much better represented than even when Barack Obama was running for the nomination in 2008.

We took  a straw poll before the final vote, and the initial vote was 40-30 with one uncommitted vote. After  a representative for each side spoke, the one uncommitted person switched her vote to Sanders. We selected volunteers to be delegates at the county convention, signed out, and I walked out of the elementary school gym at exactly 8:10 p.m.

It’s only 90 minutes or  a couple of hours every four or eight years–but still:  a primary would be so much more democratic (small-d).

12 thoughts on “Report from Precinct 114 in Weld County, Colorado”