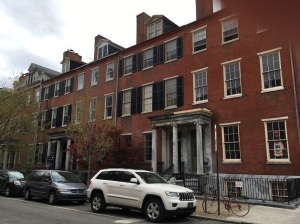 I just spent 22 hours in Philadelphia this weekend, and I have to say that I was charmed by its persistent Philly-ness. It still is, and may always be, the Philadelphia that I loved and left nearly 25 years ago.  At the time, I was thrilled to get out, but on my brief visit I was even charmed by some of the nastier details of life in the city.

I’m sure it’s because I no longer have to live there, and because I was on a high from my visit to give a book talk and meet students at Bryn Mawr College, my alma mater, but I was charmed by the somatic and sensory aspects of city life that I recognized instantly.
First, there’s the cigarette smoke on the street–surprisingly, that hasn’t changed in 25 years.  (My hotel room also had a faint trace of cigarette smoke–that was less charming, but I’m kind of a bloodhound when it comes to my powers of smell detection and analysis.)  Even the pee and vomit scents I detected in the daylight hours at many turns inspired nostalgia, probably because those aren’t smells I run into all that often in my life in Colorado. END_OF_DOCUMENT_TOKEN_TO_BE_REPLACED 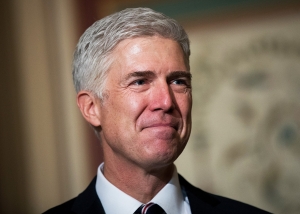 I was alerted to this via a Storify that Kevin Gannon posted this morning. Here’s the original Politico article–you be the judge, but I agree with Kevin that it’s “theft and erasure, full stop.”

Supreme Court nominee Neil Gorsuch copied the structure and language used by several authors and failed to cite source material in his book and an academic article, according to documents provided to POLITICO.

The documents show that several passages from the tenth chapter of his 2006 book, “The Future of Assisted Suicide and Euthanasia,” read nearly verbatim to a 1984 article in the Indiana Law Journal. In several other instances in that book and an academic article published in 2000, Gorsuch borrowed from the ideas, quotes and structures of scholarly and legal works without citing them.

The findings come as Republicans are on the brink of changing Senate rules to confirm Gorsuch over the vehement objections of Democrats. The documents could raise questions about the rigor of Gorsuch’s scholarship, which Republicans have portrayed during the confirmation process as unimpeachable.

However, six experts on academic integrity contacted independently by POLITICO differed in their assessment of what Gorsuch did, ranging from calling it a clear impropriety to mere sloppiness.

“Each of the individual incidents constitutes a violation of academic ethics. I’ve never seen a college plagiarism code that this would not be in violation of,” said Rebecca Moore Howard, a Syracuse University professor who has written extensively on the issue.

Elizabeth Berenguer, an associate professor of law at Campbell Law School, said that under legal or academic standards Gorsuch’s similarities to the Indiana Law Journal would be investigated “as a potential violation of our plagiarism policy. It’s similar enough to the original work.”

“I would apply an academic writing standard,” said Berenguer, who teaches plagiarism and legal writing. “Even if it were a legal opinion, it would be plagiarism under either.” 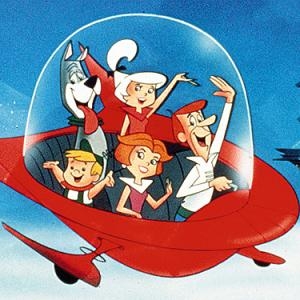 Recently, it’s been fashionable for pundits and journalists to blame liberals and leftists for the political and cultural segregation of the United States today.  Liberals, so the story goes, have up and left middle America (AKA “real America”) and decamped for Democratic-leaning states on the Atlantic and Pacific coasts, and maybe a few liberal college towns in-between (Ann Arbor, Madison, Austin, and Boulder, for example) where they never meet a single Republican or white evangelical Christian, and this is why it was such a shock to them that the Human Stain was elected to the presidency.  It’s a satisfying, truthy story, but every time I hear some version of this I wonder:  have you talked to anyone teaching in non-elite public colleges and universities today, because a huge number of us left/liberals live in real America too.  Do we count?  Let me explain: END_OF_DOCUMENT_TOKEN_TO_BE_REPLACED 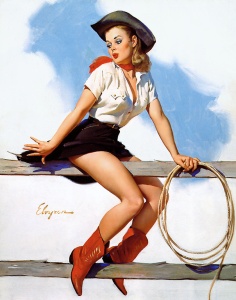 I’m just back at the ranch after half a week at the American Historical Association’s annual meeting 2017. I didn’t have a minute to blog or tweet about much of anything, seeing as I wanted to take full advantage of having so many friends and colleagues in Colorado.  Blogging and tweeting is what I do when I’m back here all by my lonesome–so expect to hear plenty from me now that everyone has cleared on out!  As you may recall, the Longhorn Parade for the 2017 National Western Stock Show was cancelled because of cold and snow, but the historians converged upon Denver fearlessly last week. 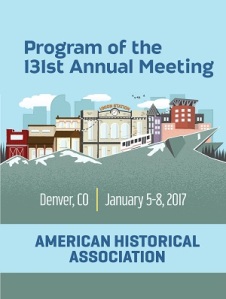 It was wonderful to see so many of you, and I’m grateful to those of you #twitterstorians whom I didn’t know in person who took the time to grab my elbow to say hello.  It was particularly fun to meet finally some of the young scholars like Rachel Herrmann and Erin Bartram, with whom I have corresponded and grab-assed over Twitter.  I’m just sorry that I only got to see or talk to most of you for a minute or two in-between conference sessions or at a busy cocktail party.  I did get to have several nice lunches and dinners on the town with old friends.  How did we get to be the old people at the conference?  Some of my age peers are starting to look like they were rode hard and put away wet. END_OF_DOCUMENT_TOKEN_TO_BE_REPLACED 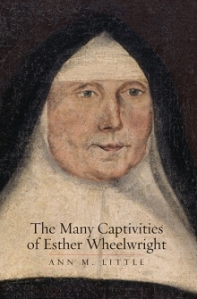 Teaser Tuesday is back after a three-week holiday hiatus with a penultimate post, this one from the penultimate chapter of my book, The Many Captivities of Esther Wheelwright.  Today I offer you a little eighteenth-century intrigue surrounding Mother Esther near the time of her first election as mother superior in late 1760, after the British conquest of Québec.  Anglo-American and British officials were reflexively suspicious of French and French Canadian religious women, whom they routinely portrayed not just as religiously dangerous but also as political schemers.  While the Jesuits were thought to be the most dangerous of the religious orders because of their “Turbulent and Intriguing Genius,” as we’ll see in this excerpt, religious women–especially mothers superior–were also regarded as potentially dangerous and destabilizing of British imperial control: END_OF_DOCUMENT_TOKEN_TO_BE_REPLACED 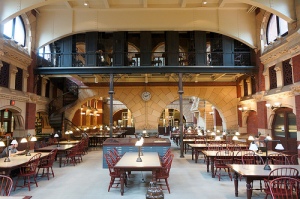 Friends, can you do me a favor?  Can you please try to find a book or two–any book will do–using the new library catalog at Baa Ram U?  (Fun challenge:  find your own book, or books!)  Find a book you know for a fact actually exists in the world, and report in the comments what happened.

Tell me if this website is any help to you at all, and if you can, tell me what the library needs to do about it. END_OF_DOCUMENT_TOKEN_TO_BE_REPLACED

This is most unusual: a fresh tomato harvest on November 1, and no clear signal of a hard frost anytime soon. 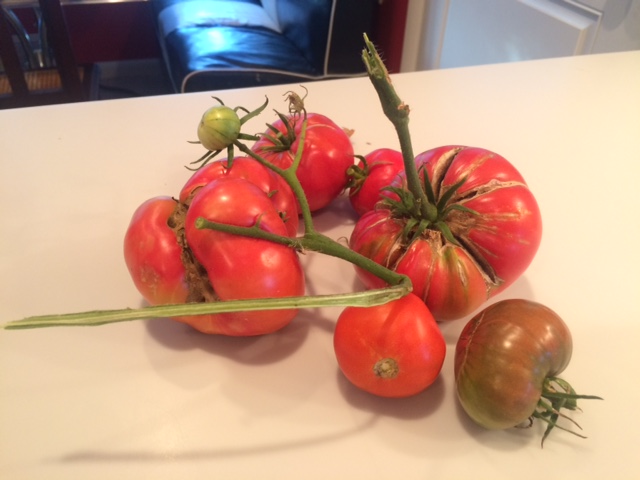 Yes, it’s strange.  Frequently, we’ve already had a little, or even a lot of snow and/or a sleet storm on the Front Range.  Officially I think we had at least one overnight hard frost last month, but our tomatoes are in a south-facing garden against a very heat-retaining and radiating brick wall.  That, plus the fact that at this altitude, we rarely get to eat our own tomatoes until September makes these tomatoes very welcome. END_OF_DOCUMENT_TOKEN_TO_BE_REPLACED