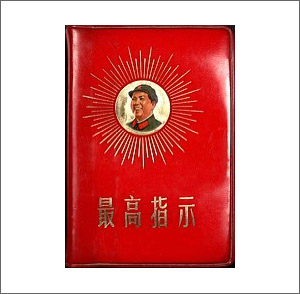 The Norton Anthology of American Literature

In “Why the Right Hates English,” Stephen J. Mexal analyzes why right-wingers have targeted college English classes and professors since at least William F. Buckley’s God and Man at Yale, when by his lights the curriculum remains focused on American and British literature in the main, and on uncontroversial authors to boot:

Every English literature class I have ever taken, taught, or observed has spent the vast majority of its time on exactly what all these writers claim is missing: the study of literature. In my experience, English classes do pretty much what they’ve always done. Students read literature closely, and then talk about how it works and what it means. The courses I teach in American literature today contain pretty much the same authors you would have expected 20 or 30 years ago: Twain, Emerson, Dickinson, Douglass, Melville, Wharton, and so on. Of course, people teach some newer authors, too (Toni Morrison and Don DeLillo tend to show up often), and some authors are not taught quite as frequently (D.H. Lawrence, for instance), but English departments are not eternal guardians of a frozen literary heritage. They change a little over time, sure, but they still do what you’d expect.

For that matter, [Andrew] Breitbart’s English departments did pretty much what you’d expect, too. He had to take two semesters of American literature at Tulane University, and as Mark Howard and Alexander Zaitchik have reported, students in those courses were assigned to read Emerson, Thoreau, Twain, Hawthorne, Stowe, and so on. Not much “cultural Marxist theory,” in other words.

What do all of the bolded names have in common, friends?  They’re all liberals!  Why do college English professors insist on assigning only nineteenth (and the occasional twentieth-century) liberals?  Why aren’t James Henry Hammond, John C. Calhoun, Roger B. Taney, and George Fitzhugh on these syllabi to provide balance and alternative viewpoints?  What about William F. Buckley?

Why instead are we indoctrinating students with the scribblings of confessed assailants and fugitives like Frederick Douglass, leftist propagandists like Harriet Beecher Stowe, cultural relativists like Herman Melville, and crypto-feminists like Edith Wharton and Emily Dickinson?  Even the more staid New England Renaissance-types, Ralph Waldo Emerson and Nathaniel Hawthorne, are suspect:  Emerson believed in social welfare for the Alcott family, on whose windowsills he frequently left $20 bills so that the large family of the feckless Bronson Alcott didn’t starve.  Furthermore, Hawthorne was a Democrat who accepted a government sinecure to support his writing when he wasn’t living off of his wife’s inheritance.  (He was thank God certainly no feminist!)

What are your theories for the domination of liberals on English department syllabi?  Are all English professors bent on left-wing indoctrination of their students?  Are liberals truly just better writers, are the best writers usually politically liberal, and/or do liberal ideals stand the test of time better than conservative ideals?  Me, I think it would be a grand idea to pop God and Man at Yale onto a syllabus, just for kicks, and just to hear what students make of it, 60 years on.  (Unfortunately, I don’t teach American intellectual history, nor am I an English professor, so I probably won’t have the opportunity myself.)  What was it that the atheistic Mark Twain (who didn’t believe in “American Exceptionalism”) once said?  “The radical of one century is the conservative of the next. The radical invents the views. When he has worn them out, the conservative adopts them.”

Me, I’m happy if my students leave my classes successfully indoctrinated with the correct use of the apostrophe, in addition to the “cultural Marxist theory,” of course.  (What is that, anyway?  I think it’s right-wing agitprop meaning any discussion of power, but I’m open to other ideas on this.)