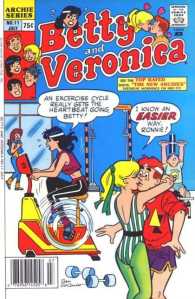 How’s this for short-sighted?  Only 1 in 5 girls under 18 have received the HPV vaccine as of the end of last year.  In the same story, “Anti-Cancer Vaccine A Tough Sell To Parents,” NPR reports that according to a study of 10,000 mothers who are nurses, almost half are squeamish about giving the Human Papillomavirus (HPV) vaccine (the one that dramatically reduces the chance of cervical cancer!) to girls at the recommended age of 11 to 12, but more are OK with administering the vaccine to girls aged 15 to 18.

[Dr. Jessica] Kahn says that in a survey of 10,000 mothers who were also nurses, less than half were opposed to giving an 11-year-old the vaccine, compared with 90 percent who would agree to it for 15- to 18-year-olds.

“Nurses might be expected to be more supportive of vaccination,” Kahn said. “In a way, our study might overestimate the proportion of mothers who intend to vaccinate a 9- to 12-year-old daughter.”

But, she says, middle- to high-income parents tend to be more suspicious of vaccines. And that’s why communication between pediatricians and parents is important in easing concerns, Kahn said.

It seems like Dr. Kahn and NPR are conflating two issues here:  1) the unreasonable fear of vaccination that many middle- and upper-class parents have (which Historiann has written about previously here), and what I think is more at issue with the HPV vaccine, namely, 2) fears that daughters may actually have a SEX LIFE ZOMG!!!!111!!!!! someday.  If 9,000 nurses are OK with dosing older teenagers, but only about 5,000 are OK with dosing tweens, that means that about 4,000 have fears of adolescent sexuality rather than vaccine safety.  (And brace yourselves:  the NPR story reports that while the Center for Disease Control recommends that the HPV vaccine be administered to girls at ages 11 or 12, the Food and Drug Administration now recommends it for 9-year olds, “since the antibody response to the vaccine is better at younger ages than in the older girls.”)

Parents today engage in all kinds of preventive care and invest in all kinds of worst-case-scenario equipment in order to keep their little darlings safe.  And yet, we don’t think that the MMR vaccine (measles, mumps, and rubella) will send the message that our kids should go consort recklessly with diseased children because they think they’ll be safe.  We’d never think of accusing parents who strap their children into car seats and give their children bike helmets of planning to get into car and bike crashes.  We recognize that random bad stuff happens to people, and we should feel grateful that we live in a world where we can minimize the risk of disease and trauma.

Parents who think it’s OK to vaccinate at 15+ but who balk at 11 or 12 (or 9) need to grow up, because their children surely will.  Administer the vaccine when it’s most effective–and if that’s age 9 or age 7 or age 6 months, just do it.  Resistance to the HPV vaccine is mostly about fears that vaccinated girls will become sexually active solely because of this one vaccine.  But, guess what, parents of daughters?  Your kid will become sexually active someday.  Your kid may also get cancer someday.  Since there is no vaccine yet that will prevent sexual activity, let’s go for the anti-cancer vaccine, m’kay?

0 thoughts on “Anti-cancer vaccine: too hawt 4 ur kidz?”