Pull up a chair and have a cuppa joe with me, willya?

I’ve been up since the wee hours thinking about both communication and technology in our modern world, and how and in what contexts we encounter strangers.  I seem to get more calls from people who have the wrong number than I get from people who want to reach me, specifically.  It’s getting exhausting, especially this morning as I’ll explain below.

When I’d get friendly, innocuous texts from people clearly trying to make plans with a friend, I used to text them back and let them know that they had the wrong number.  Weirdly, some would try to argue with me:  “It’s Chelsea!!!”  Sorry, but I’m not expecting any visitors–I’m a college professor with a family.  But eventually the wrong numbers got so numerous I stopped arguing.

Recently, I’ve been getting even more and crazier text messages: “Hey, it’s Rick! Sorry for the late notice, but are you free for poker tonight?” Or “Is the 2005 yellow Lotus still available?” (After a few of these, I figured out that this is a car. I got a lot of voicemails about the yellow Lotus, too. I am the last person in the world ever to buy or drive a yellow Lotus!  Lord.) I used to get long text messages that alluded to recent family illnesses and sadness–he seemed to be making care arrangements for someone.  I think these were from a man whose daughter we knew when she was in preschool. I finally texted him (anonymously) and suggested that he probably had the wrong number.

Early this morning, the wrong numbers took a turn from the virtual into real life.  I was awakened about 3:30 a.m. by the distinctive sound of someone trying to open my locked front door.  This is a sound I’m very familiar with–my kid never remembers to take her key with her, and because I spent the 1990s living in big cities, I am a habitual door-locker even in the daytime, even in the green country town in which we live.  It’s one thing to hear that sound in daylight while I’m working away in the office next to the front door, which is usually followed rapidly with pounding on the door and a “Mom, let me in!”  It’s quite another to hear that sound in the dead of night.

My neighborhood is very safe.  There are a lot of people who travel through the neighborhood but you’d never know that we’re tucked in-between a big state university campus and the hospital in town, the only crime here is property crime –mostly committed by people at night entering unlocked doors or by breaking and entering during the day if they believe no one is home.  Every few years we’ll have a minor crime wave like this.  The first summer we lived here, my neighbors forgot to lock their screen door and someone came and stood next to their bed while they were sleeping, but left voluntarily when one of them woke up!  This is what I thought:  get your glasses on, get the phone, it’s probably just an opportunistic creeper–the landline phone in the kitchen is cooked, go find your cell phone.

And then I heard a man very close by exhale with what sounded like exertion.

Did I mention that we don’t have air conditioning, so we have our windows open this time of year overnight?  When it’s in the 50s and 60s at night, it seems a waste to artificially cool the air when the breezes on the high plains will do it for free, carbon-free. 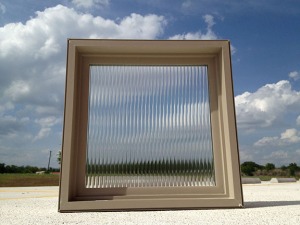 We also just had a massive home renovation project, involving man-sized casement windows being cut and installed in our foundation to let light and cool air into our basement rooms.  They’re set inside a giant window well which we’ve been meaning to hide with some landscaping.  I’ve been a little concerned about these windows–they’re facing the (south-facing) front of the house, which feels a little vulnerable to me.  I had the windows in them made with “reed glass” (like our front door) so that no one could see clearly into our rooms downstairs. 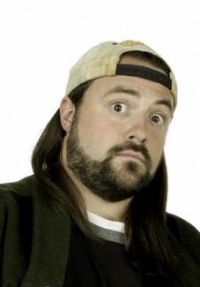 Looked like this, except with snapback cap forward. (This is actually Kevin Smith, aka “Silent Bob.”)

So I called 9-1-1 as I ran downstairs to see if someone was breaking into our basement rooms.  All clear there and no signs the screens were disturbed.  As I reported the incident to the emergency operator, a man’s face appeared outside my kitchen window:  “I’m not trying to break in,” he said, with some exasperation.  “My buddy is here!”  No, he is not, I explained to him, as I explained to the emergency operator that I was talking to my would-be intruder.  He kept standing there insisting that his friend had called him to come over even as I gave a detailed description to law enforcement:  white, about 30, brown hair and beard, wearing a snapback cap with tropical flowers on it and the word “sox” (but not a Red Sox or White Sox team cap.)  He was polite, not aggressive but continued to stand there insisting that his friend was here.

My friendly kitten walked up to the screen and flirted with the stranger, rubbing against the screen and wrapping her tail around her.  He raised his hand as though to pet the cat through the screen.  “Ma’am, can you tell what he is wearing?”  “No, I’m standing in my kitchen looking out into the dark, and all I can see is his face.”  The stranger continues to insist that “I’m not going anywhere because my buddy is inside.”  WTF???  I told him yet again that he wasn’t invited and he wasn’t coming in.  I stay on the line with 9-1-1.  “Is there someone there who can help you close your windows, ma’am?”  “Yes.”  “Close your windows and I’ll wait on the line until the police arrive.”

Finally, the stranger said “I’m going,” and walked away.  I didn’t close my windows, but I also didn’t go back to sleep.  My neighbor, who works as a repo man, came back and investigated our corner very thoroughly with his flashlight–I wonder if he heard something on a police scanner about this call.  I felt a lot better when dawn arrived around 5 a.m.

I don’t think I’ll lock my windows tonight.  I know we won’t get air conditioning.  I don’t think that would make the ranch any safer–if the compressor were running, would I have heard the attempt to open the front door?  But then again, what good did hearing the stranger try my door do me?  If my windows weren’t open, I wouldn’t have heard the man sigh outside–that could have been a blessing, because all that did was scare me.  Still, I think most strangers are harmless, and even those who aren’t are likelier to be scared off by an alert householder than a sleeping one.  Low tech and old-fashioned is more my style anyway.  (I still have a flip phone!  Yes, I live my life in a twentieth-century house museum.)

The rodeo is in town this week, so I chalk this up to the big party down the road.  There are a lot of lost cowboys wandering around town, I am sure.  I’m staying away from the show this year, but I may head out to a nursery to see about getting some shrubs planted around those window wells.

9 thoughts on “No, I’m quite sure you have the wrong number: technology and boundaries”