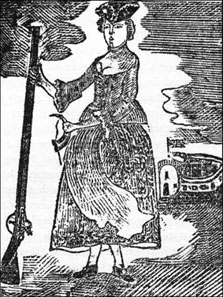 Some of you may remember a few weeks ago when I wrote a response to Bob Neer’s article in Aeon, “The U.S. military is everywhere, except the history books,”  arguing that military history courses were in danger of disappearing from American university curricula.  Paul Huard, a writer for War is Boring, picked up the conversation and has written a nice summary of our points of view in “The Battle over U.S. Military History.”

Interestingly, both in Huard’s article and in recent private correspondence between me and Neer,  we probably agree on more than we disagree.  Neer is not interested in strict definitions as to who qualifies as a military historian, and neither am I.  (Nor am I interested in imposing purity tests on historians whose work engages women’s history, the history of gender and sexuality, or North American colonial history.  I’m a big-tent kind of gal.)

Check out Huard’s article, which seeks to bring us all to a truce in which we agree on the importance of both military history and understanding the role of warfare in North American society over the past 400 years or so.  And yet some military historians seem very determined to draw boundaries and police the borders of their discipline in ways that seem to me to be distinctly against the mainstream of historical practice.

I shared this link with my colleague who teaches our U.S. military history course and whose third book will also be in military history.  (I referenced his teaching and research in my earlier blog post.)  He responded sardonically, “I see that, according to [a commenter] who posted on your blog, I am unqualified to teach military history. A noted military historian (Charles Royster) was my dissertation advisor and I was the TA for his military history and Civil War courses for several years and, as you noted in your response, I am actively doing research on the Civil War.” 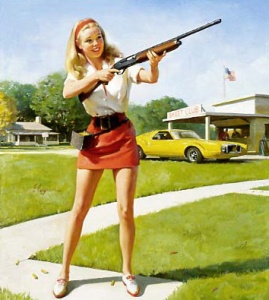 Indeed.  So who counts as a military historian, and what is military history?  Do you know of other subfields whose practictioners are also invested in patrolling and purity tests, or is military historians unusually touchy about incursions over their borders?  The only possible other subfield I can think of is the history of religion, in which there are still some partisan sectarians who don’t believe those outside of the faith tradition in which they write can be trusted (but this may very well be an outdated impression on my part.)  Are there others?