Hello, friends–I’m back from Valencia, Spain, where I attended last week’s European Social Science History Conference. It’s a big conference–I had no idea how big–and it was an honor to meet and interact en Inglés with so many European historians and other scholars.  I’m always in awe of people who can manage to give papers and communicate in a language besides their native tongues.  We Anglophones are truly put to shame by our European colleagues’ virtuosity & daring.

Click on the video clip for a little sonic atmosphere–more trenchant commentary and my holiday snaps on the flip. END_OF_DOCUMENT_TOKEN_TO_BE_REPLACED

You know those old stories in which a reporter for the New York Times or the Chicago Tribune drops in on the MLA’s (Modern Language Association) or the AHA’s (American Historical Association) annual meeting, drops in on a few panels with arcane subjects or papers, and then proves his or her thesis that modern academics are completely out-of-touch intellectuals discussing easy-to-caricature topics like queering the Peabody sisters or disability and turn of the 20th century American freak shows?

Well, one of ours has gone to Davos, and comes back with a very dispiriting report on the stupidity and naivety of our supposed betters (or at least richers).  UC Santa Barbara historian of technology Patrick McCray has pubished his report on what he saw at Davos last week, and it wasn’t good.  Over on his blog, The Leaping Robot, he writes about his invitation there to give a talk, and thought he’d give the proceedings there a little more respect than that offered by said Times or Trib reporter at modern literature and history conferences:

In accepting the WEF’s invitation to Davos, I tried to put aside some of my professional skepticism or at least channel it into more productive (i.e. less snarky) channels. In other words, I sought a line between stick-in-the-mud historian barking “It’s more complicated than than!” and being a starry-eyed Kool-Aid imbiber. I wanted to find a way to reach out to Davos Man in language he/she understood. Maybe I could even help pump the stomachs, idea-wise, of those that had consumed too much innovation Kool Aid.

I called my Betazone talk “innovation’s shadow.” In the time I had, I wanted to gently question some of the concepts of a 4th Industrial Revolution. I also hoped, to pour some mild acid on the prevailing innovation-centric view of technology that gives far too much agency to entrepreneurs and other “creative disrupters.”

END_OF_DOCUMENT_TOKEN_TO_BE_REPLACED 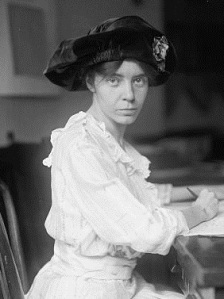 Check it out here.  For more on Alice Paul and her National Women’s Party–which offered the closest thing to militant suffrage in the U.S. in the 1910s–see this blast from the bloggy past, as well as my thoughts on Paul and the art of biography here.

I’m just back from the American Historical Association annual conference in Atlanta last weekend.  I was involved in meetings most of Friday and Saturday, so wasn’t able to attend even a single panel or roundtable.  But I did see Vicki Ruiz’s inspiring Presidential Address, and have a few other observations to share in a later post, fingers crossed. END_OF_DOCUMENT_TOKEN_TO_BE_REPLACED 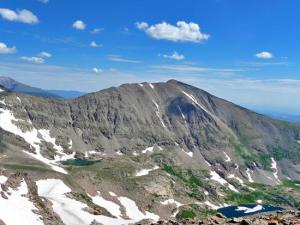 I love it when history conferences come to the neighborhood, especially when they’re ones that I’m interested in attending.  I’ve traveled to other western cities to attend the WAWH before, so of course I’ll be at the Western Association of Women Historians in Denver next May 12-14!  The most important date for you to keep in mind is September 18, 2015, which is the deadline for the call for papers.  END_OF_DOCUMENT_TOKEN_TO_BE_REPLACED

Rachel Hope Cleves has a detailed and interesting report on a panel she convened earlier this month at the Annual Meeting of the American HIstorical Association in New York City over at Notches: (Re)marks on the History of Sexuality. This panel was an outgrowth of a special issue of Early American History she edited for Fall 2014 on the subject of Beyond the Binaries:  Critical Approaches to Sex and Gender in Early America.

Cleves describes each of the four panelists’ contributions, describing their work on flexibly-gendered or trans* people and describing the conversation among the panelists and the audience on the salience of gender binaries as well as the value of reading trans* identities into the more distant past of early America.  I thought this exchange was particularly interesting on the question of viewing early America as a “golden age” of gender flexibility and trans* possibilities:

Questions from the floor followed, sparking productive disagreements. Questions from Kathryn Falvo, Maddie Williams, and Jesse Bayker, pushed [Sean] Trainor’s observation of the optimistic bent of the special issue. Trainor suggested that variations in the expression of masculinity in early America need not be treated as “assaults” but could be understood as tolerated iterations. [Greta] LaFleur stressed that her attention to the wide-range of non-binary gender expression in early America was not optimistic but intended as a corrective to the paucity of alternative stories. She announced herself willing to work in the speculative mode, not just the declarative. [Scott] Larson went further, insisting that he felt an ethical imperative to make bold claims for trans* history, and to escape the “land of caveats” in which academic history often operates.

END_OF_DOCUMENT_TOKEN_TO_BE_REPLACED 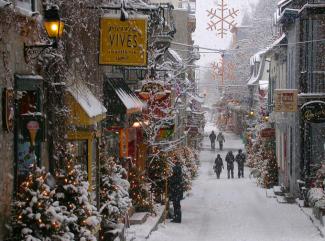 It’s hard work being on sabbatical, believe it or not. Having the privilege of a Huntington Library long-term fellowship comes with strings attached–it’s not all strolling in the gardens, gazing at marvelous paintings, and thinking deep thoughts all day long.  I’ve spent a lot of this week imagining the winter of 1759-60 in Québec and trying to write about it.  (Those poor Highlanders, in their kilts–or “philibegs” as once source calls them!  Just imagine.)  Those of you who are suffering from the Polar Vortex in most of North America this week can probably do a lot better than I can at this point.  (Although it’s been cool and overcast here too–highs only in the 60s!)

Back to the hard work of sabbatical:  the number of seminars, lectures, conferences, and happy hours (both formal and informal) could be nearly a full-time job if I let them.  In the past week alone, I’ve learned what a “philibeg” is, and about medieval zombies and other life-after-death beliefs, heard a lecture on the Sand Creek Massacre (whose 150th anniversary is on November 29 this year), read a paper on seeing early nineteenth-century mathemeticians as cyborgs, and just today learned that “mercantilism” is pronounced merCANtilism, not MERcantilism, as I had always thought.  (Who knew?  I avoid talking about merCANtilism as much as I possibly can.) END_OF_DOCUMENT_TOKEN_TO_BE_REPLACED