I’m not in Colorado, but my sources there are keeping me abreast of one of my favorite things about summer there: close encounters with bears and cougars in the WUI (the Wildlife Urban Interface).  Today’s news does not disappoint!  A 19-year old camper in Ward was attacked by a bear.  The Denver Post headline explains that the  “youth camp staffer says he woke up with his head in the bear’s jaws.”  Yikes!

The earlier print edition of the headline describes the experience even more dramatically, in my view:

Never fear, friends!  The updated online version of the story reports that the bear was caught and euthanized.  It makes it sound like the bear was put in a lineup and identified by the victim:

The victim of the attack, a 19-year-old staff member at a youth camp, saw the bear after it was trapped and told officials be believed it was the same bear that attacked him while he was sleeping.

“We think this is the bear that did the attack,” Churchill said.

I can just imagine:  “Number 3 step forward, open your jaws, and breathe heavily.”  If the victim was able to help identify the perp, I’m really impressed–he is one cool customer.  (I am a disaster in an emergency–when calling 911 to report an accident or a house fire, I have given incorrect information because I’m so rattled.)

The Queen’s Guardsmen in their bear fur hats.

I’m overseas now, working hard in the Royal Archives in Windsor Castle.  They have a strict social media policy (and permit no photography indoors whatsoever), so I need to find out what and if I can blog about what I’m finding there and my experiences as a researcher and a tourist.  I hope to get this figured out and resume more regular blogging about what I’m up to.  (The Royal Archives are in the Round Tower, which is cheek-by-jowl with the State Apartments and is considered part of the royal residence.)

In the meantime, I strongly encourage those of you who have any interest in British and/or British Imperial history in the late eighteenth or early nineteenth centuries to apply for a fellowship from the Georgian Papers Programme at King’s College, London, and its American partner, the Omohundro Institute.   These are the institutions that have helped me get here, and I’m sure they’ll be interested in hearing from and working with many of you as well!

Until I know I can say more, here’s a pretty photo of my walk back into the village after work this afternoon. 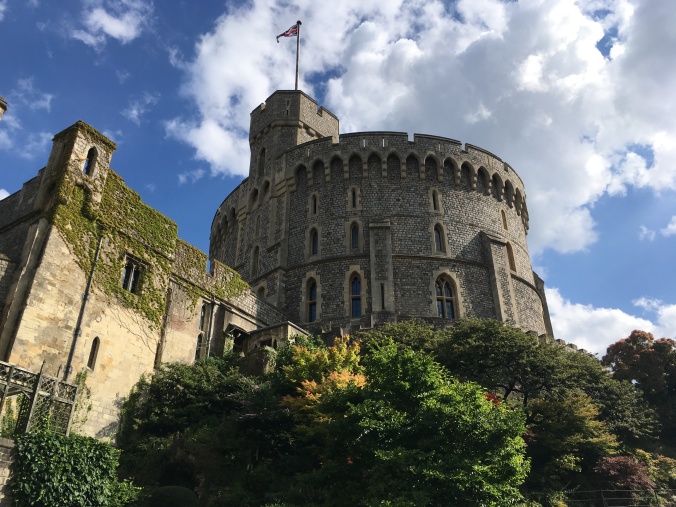