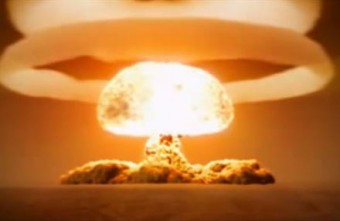 To all of the very worried Democrats and Republicans fretting and rubbing their hands about the possible end of the filibuster: who cares?

The filibuster is a patently anti-democratic parliamentary tactic that should never have existed. The senate is anti-democratic enough to begin with that we don’t need to include all of these bullcrap measures that are about as timely and as fashionable as spittoons and antimacassars.

To liberals on fainting couches: have you reviewed the history of the filibuster? To conservatives huffing and puffing like the Big, Bad Wolf: go ahead and blow the senate down. You won! You get your pick for the Supreme Court!  That’s how it works!  That’s about all you’re going to get out President Human Stain, so enjoy your new Associate Justice of the Supreme Court–those Trumpstains probably won’t come out of your Federalist Society lab experiment, but I’m sure you’ll live happily with the shame.

The reason Democrats need to refuse the Supreme Court nominee all the votes they possibly can is to show a little muscle and to start fundraising and campaigning for the 2018 midterms.  Because that’s the only way that Democrats can box in and defeat the president and the ruling party.  They have to win elections, not pray for the Russo-Turkish lackey Mike Flynn to sing a pretty song, or count on corrupt parliamentary maneuvers.  The Democrats lost every election of the past eight years except the one of four that had Barack Obama at the top of the ticket.

The filibuster has been an unwanted guest for decades.  Banish it and win a couple of elections.  It worked in 2006 and then in 2008!  It’s so crazy, it just might work again.

8 thoughts on “Filibuster this.”