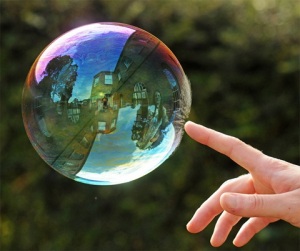 Hey–remember all of those stories that were written at the depths of the Great Recession back in 2008-2010 about “the high cost of higher education,” warning young people not to waste their time or money on college degrees because all of these elite university grads from the 1970s and 1980s were confident that higher ed was now just a scam to pick the pockets of the middle class?

Remember that?  Well, that bubble has burst–not the “higher ed bubble” that conservatarians and right-wingers and the entire Wall Street Journal editorial page team have been predicting, but rather the bubble of the “higher ed bubble.”  Behold, I opened my copy of the Denver Post this morning to read this headline:

“The pay gap between college grads and everyone else is now wider than ever.”

Who ever would have predicted???

Or should I just say:  no $hit, Sherlock?

Does this mean I don’t think college costs and student loan debt are major problems?  No way.  I’m all for reforms, like states and taxpayers taking responsibility for subsidizing higher education instead of putting all of the burden on students’ shoulders (not to mention creating an industry of student loan privateers).  I’m all for universities and colleges focusing on their core missions of education and research, not running free farm teams for the NBA and the NFL.  I’m also in favor of robust vocational and technical education in our secondary schools and community colleges.  Also, it’s not universities that have been in favor of crippling the labor movement and undercutting the wages of those who didn’t go to college.

I don’t think you should have to have a four-year degree, or even a two-year degree, to make a living wage.  I’m just sick of getting beat up for being an educator at a non-profit institution.   (Remember those?)

Reform?  I’m all for it.  I’m just not in favor of blaming the educators and researchers at educational and research institutions for political and policy failures.  We’re doing our part.  We’re sharing knowledge and skills with our students and making them competitive for good jobs.  It’s the politicians and taxpayers who need to step up, not just for colleges and universities and our students, but for all of us.

5 thoughts on “Speaking of bubbles, the “higher ed bubble” bubble has popped, just in time for spring semester classes”