Lin-Manuel Miranda and Phillipa Soo as Alexander and Eliza Hamilton in Hamilton, 2015

On my way to and from work lately, I’ve been listening to the original cast album of Hamilton, which is of course as catchy and terrific as everyone says it is.  (Trust me:  it’s worth even more than the hype, and I bow to no one in trashing the so-called Founding Fathers, although I do have one misgiving which I describe below.)

It’s especially interesting to listen to alongside the news about the current presidential campaign.  In particular, I’m thinking about the middle part of the album, which  features several songs about Alexander Hamilton’s affair with Maria Reynolds and its exposure, as well as the revelation of his extortion by Reynolds’s husband.

Lin-Manuel Miranda’s Hamilton illustrates the partisanship at play in this political and sexual scandal by showing Hamilton essentially accused of corruption by Thomas Jefferson (the new Vice President under John Adams in 1797), and his fellow Democratic-Republican allies James Madison and Senator Aaron Burr, who had recently defeated Hamilton’s father-in-law in the New York Senate race.

This is pretty rich, considering that Jefferson and Burr had their own extramarital sexual affairs–Jefferson’s longstanding liaison with Sally Hemings, whom he owned; and Burr’s relationship with his wife Theodosia, which began long before she was widowed in the Revolution.  Confronted with the prospect of political ruin, Hamilton published his own pamphlet admitting to sexual incontinence but defending his honor as a steward of the public trust, saying that he paid the blackmail with his own money. 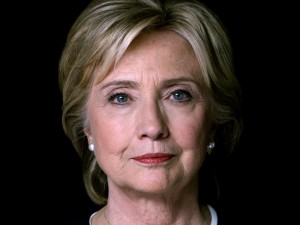 Is it really such a coincidence that we have a hit Broadway show and a presidential campaign that both feature strong backstories involving the sexual humiliation of political wives?  I kept thinking of Hillary Clinton while listening to Eliza Hamilton’s song “Burn,” sung by Phillipa Soo:  “You told the whole world how you brought this girl into our bed.  In clearing your name you have ruined our lives.”  Reynolds was herself a pawn used by her husband in the blackmail scheme–two women sexually humiliated at the cost of Alexander Hamilton’s political career.

What if the U.S. at the turn of the nineteenth century were a world in which Eliza Hamilton could have run and won a seat in the senate, and then have gone on to have the presidential career her husband never did?  What if the U.S. at the turn of the twenty-first century no longer looked at women only or primarily as sex objects either desired or spurned by men?  The sexual humiliation of women is so completely bound up in our politics (for 227 years and counting) as a means to destroy both men and now women political opponents that I don’t see it ending anytime soon.

This is not just because of the particular biographies of Hillary and Bill Clinton.  The candidacy of the first serious contender who was a woman would end up being all about sex anyway.  People of all political persuasions are guilty of this whenever women rise to political prominence.  Democrats and lefties should remember the sexually and gender-charged ways in which they went after Sarah Palin eight years ago.  Sexual humiliation is like sexual assault:  it can happen to any woman, especially because we love to blame women for their husbands’ sexual incontinence as well as their own!  Any woman’s sexual history–or her husband’s sexual history–can be spun into a noxious cocktail of calumny brewed only for its political potency.

My one reservation about Hamilton?  I don’t think it passes the Bechdel Test.  This is a profound disappointment, but not a surprise.  You could say, “hey, it’s the eighteenth century!”  But I think we can do better in imagining the ways girls and women communicated throughout history.  After all, no one was “in the room where it happened” in any of Miranda’s imagined eighteenth century.

Here’s a funny slice of Hamilton listening for you, enjoyable by those who know the score and those who don’t, alike.