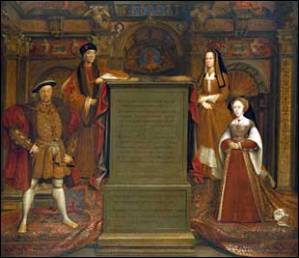 Henry VIII and Henry VII on the left, Elizabeth of York and Jane Seymour on the right. Copy of Hans Holbein’s Whitehall Mural, ca. 1667

(Deep background:  This post recalls some of my earlier arguments about the dynastic nature of American politics, about which Americans are mostly in denial, at least when the dynasties involve male pols only.  American politics became even more royalist in the first half of the twentieth century, when the U.S. emerged as a major international player.  They’ve become even more royalist in the succeeding 70 years since World War II, in the years that the U.S. became a “superpower” and then the global hegemon.) 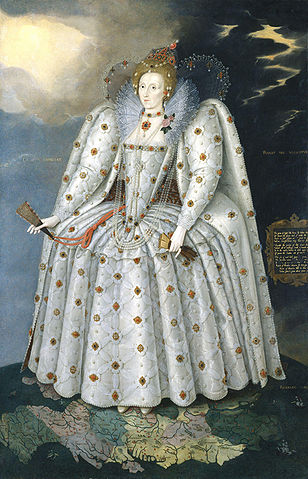 Queen Elizabeth I, 1592, by Marcus Gheeraerts

Hillary Clinton was diagnosed with pneumonia last week.  It’s an entirely treatable condition suffered by more than one recent pol on the campaign trail, but looking at the media coverage of this ridiculous non-story, you’d think that she was Henry VIII on his death bed without a male heir.  And that’s the American press coverage–it’s almost as though reporters on the 2016 campaign trail are unaware that the health of the nation is not entirely dependent on the health and heartiness of our Dear Leaders. 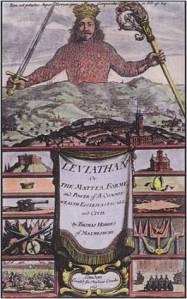 We await breathlessly the report of the royal physician on the state of the prince’s health.  Long live the prince!  Thank goodness it’s just pneumonia, rather than a massive stroke, crippling polio, chronic heart failure, chronic heart disease, Addison’s disease, or Alzheimer’s!  To quote my husband, a licensed and boarded M.D.:  “In case you’re wondering, these are all worse than pneumonia!” 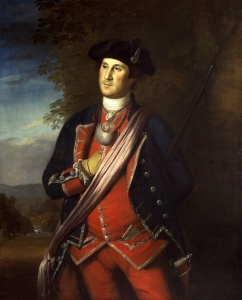 Oops: George Washington had neither daughters nor sons! (1772 portrait by Charles Willson Peale).

There is in fact a plan of succession for the executive branch of the U.S. government.  It’s all right there in the Constitution:  you can look it up in Article II and then the 25th Amendment.  We don’t invest our national security in male heirs or surviving children in our Republic.  Rule of Law is so much more sensible, don’ t you think?

Eleanor Clift had a brilliant column about Clinton’s brief illness yesterday in The Daily Beast called “Hillary Clinton Isn’t Sick.  You Are,” in which she highlighted the absurdity of the sexism and ageism of the alleged desire of some Democrats to replace Clinton with Joe Biden.  Unka Joe–of course he’s nearly 74–as Clift points out, “five years older than Clinton with a history of brain aneurysms.”  And this was reported by Cokie Roberts, who will see her 73rd birthday later this  year, dog willing.

Listen to your elders, people:  Clift, who is 76, has had it up to here with your ageism and sexism:

We think of ourselves as a youthful country even though the U.S. population is aging. We like more recently to elect presidents who are in their prime, in their forties and fifties, and we indulge them in their inexperience. Clinton defies recent history as someone who is highly qualified but struggles to excite and inspire. Bernie Sanders surprised everybody becoming a rock star as a septuagenarian. He even had a doppelganger in the comedian Larry David to connect with voters.

Clinton is on her own to make her way. There is no template for a woman of her vintage. “Ageism is rampant these days, but of course it’s worse for a woman,” says Deborah Tannen, a professor of linguistics at Georgetown University.

Clinton is on her own.  She’s always been alone.  We Americans have already piled more responsibility on her nearly-69-year-old human shoulders than we should have.  Those of us in leadership in the Republican party who ignored the calls of Main Street Republicans for real jobs and a social welfare net and instead counted on whipping up the rubes with promises to “end Obamacare” and “Jeezus hates feminists/gays/baby killers” bear a lot of the blame.  Those of us who are Republican voters didn’t take our citizenship seriously, so instead of nominating a Republican presidential candidate within the range of “normal” for Republican nominees, we nominated the man I’m now calling The Human Stain (after Philip Roth’s trilogy.)  We Republicans are responsible for this.

Those of us in the news media who thought The Human Stain’s candidacy was a joke and so never subjected him to the scrutiny that long-time politicians have endured also bear much of the blame.  We are guilty of offering he said/she said reporting that offer false equivalencies rather than evaluations based on facts and proportionality.  We reporters are to blame for The Human Stain.

Those of us who are Democrats also didn’t take our responsibility seriously in the primaries, and we entertained for far too long the quixotic candidacy of a lifelong gadfly with few real achievements, preferring instead to believe 25-year old rumors and lies about Hillary Clinton in order to justify “feeling the Bern!”  Those of us who are too pure to affiliate with a governing party are also to blame, because we were vulnerable to the lie that Democratic and Republican politicians are all the same and offer equally odious policies, so we Democrats, Greens, Libertarians, and so-called “Independents” are all to blame as well. 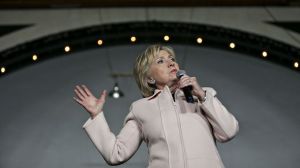 So now we have Hillary Clinton, all alone, as our only backstop against The Human Stain, and all of the shame and fraud and ignominy that his election would bring upon us all, and for good reason.  Hillary Clinton is all alone because we’ve preferred to insult, condescend to, and abandon her, and the reaction of many of us is, “OMG Trump is gaining in the polls.  Why doesn’t that stupid b!tch do something???”

(Those of you who were around in 2008 may remember the acronym WWTSBQ?, or When Will/Why Won’t That Stupid Bitch Quit?  Now we’re all like, “oh, noes!  Why won’t she be the only responsible living American???”)  So why don’t we do something, friends?