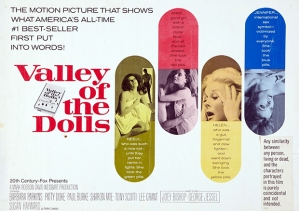 My colleague and co-conspiritor in teaching History of Sexuality in America over the past several years, Ruth Alexander, has suggested that we develop and co-teach another course on the 1960s. She has correctly deduced my excitement over the multi-media primary sources that modern historians can use–primarily video and audio clips that are available widely on the internet, as well as material culture and clothing that we find at Goodwill and garage sales! Wow!

When we had Carrie Pitzulo, author of Batchelors and Bunnies:  The Sexual Politics of Playboy as a special guest in our class last term to talk about her article on Hugh Hefner’s and Playboy‘s engagement with feminism, I couldn’t believe that there was an entire episode of William F. Buckley’s Firing Line on YouTube, starring Hefner and engaging his ideas about the sexual revolution and feminism!  Amazing.  It’s also fascinating as a style of TV production that never happens now, even on PBS.  Buckley draws Hefner out on “the Playboy philosophy” and where it fits in American intellectual history.

The sad truth about teaching the early modern period is that the video is totally inferior.

On the other hand:  what do I know about the history and culture of the U.S. in the 1960s, aside from reading Gore Vidal’s essays and watching old movies like Valley of the Dolls (1967), which I saw for the first time the night before last.  Yes, it’s a camp classic, but I think that kind of viewing doesn’t give the movie its due.  It’s all about feminism about to explode in the mainstream, as well as the tensions and excitement of the sexual revolution.

(SPOILER ALERT:  Why won’t Lyon marry Ann?  What’s with the liberal use of the words “f*g” and “f*gg*t”–is it just evidence of past prejudice, or was it in fact revolutionary for the time in that VoTD acknowledged the prevalence of gay men in show business?  Just why does Neely think “Ted Casablana is not a f*g!  And I’m the dame who can prove it.”?  I can almost understand Jennifer’s decision to commit suicide rather than live without her beautiful breasts.  Why are all of the songs in this musical such dogs?)

So, to summarize:  I am interested in teaching a class on the sixties, and I’m sure I’d love the reading and book discussions in this class, as well as the hunting for little primary source bagatelles like the one above.  But I’m woefully ignorant of the period, and I’d have to do hella reading and preparation in order to write good lectures.  (I can’t put that all on Ruth.)  What do you think?

Here’s another idea that would take advantage of Ruth’s and my breadth of expertise like the History of Sexuality course:  what if we taught a course on “the sixties,” only it was the 1760s and the 1860s, as well as the 1960s?  Does anyone else do this?  I think it kind of makes sense, as all three of these decades (we might need to include the 1770s as well, to account for the slower rate of communication) were decades of revolutionary ferment.  What do you think about that?

Let me know if you’ve taught courses like this–what’s your advice?  If you know of other universities that offer courses like my comparative sixties idea, let me know.  If you’ve dramatically shifted your teaching from one field or period to another, I’m especially interested in hearing your reflections.  It’s a whole wide world for me now that The Many Captivities of Esther Wheelwright is in production. 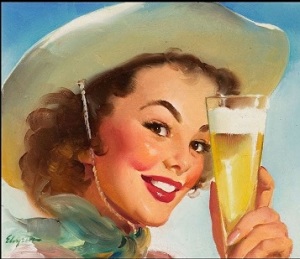 Summer 2016 is all mine just to read, research, and reflect on whatever the heck I want.  But don’t put a beer on this coaster just yet–I might be evolving into a whole new kind of historian.

37 thoughts on “Teaching the sixties: what do you think?”