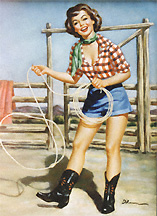 My beach reading this week is Joan Didion:  her famous essays on the 1960s collected in Slouching Towards Bethlehem and The White Album (1979), and her novel from that era as well, Play it As it Lays.  I’ve completed the essay collections, and came across this 1976 article about Georgia O’Keeffe that reminded me about the conversation a few days ago about women writers and artistic creativity and confidence:

Some women fight and others do not.  Like so many successful guerrillas in the war between the sexes, Georgia O’Keeffe seems to have been equipped early with an immutable sense of who she was and a fairly clear understanding that she would be required to prove it.

At thirteen, in a Dominican convent, she was mortified when the sister corrected her drawing.  At Chatham Episcopal Institute in Virginia she painted lilacs and sneaked time alone to walk out to where she could see the line of the Blue Ridge Mountains on the horizon.  At the Art Institute in Chicago she was shocked by the presence of live models and wanted to abandon anatomy lessons.  At the Art Students League in New York one of her fellow students advised her that, since he would be a great painter and she would end up teaching painting in a girls’ school, any work of hers was less important than modeling for him.  Another painted over her work to show her how the Impressionists did trees.  She had not before heard how the Impressionists did trees and she did not much care.

At twenty-four she left all those opinions behind and went for the first time to live in Texas, where there were no trees to paint and no one to tell her how not to paint them.  In Texas there was only the horizon she craved.  In Texas she had her sister Claudia with her for a while, and in the late afternoon they would walk away from town and toward the horizon and watch the evening star come out.  “That evening star fascinated me,” she wrote.  “It was in some way very exciting to me.  My sister had a gun, and as we walked she would throw bottles into the air and shoot as many as she could before they hit the ground.  I had nothing but to walk into nowhere and the wide sunset space with the star.  Ten watercolors were made from that star.”  In a way one’s interest is compelled as much by the sister Claudia with the gun as by the painter Georgia with the star, but only the painter left us this shining record.  Ten watercolors were made from that star.