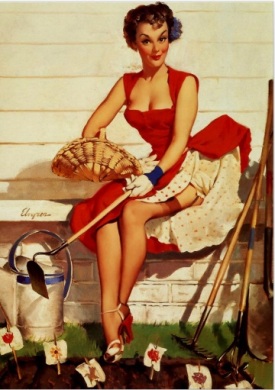 Tom Bredehoft has another post up at Chancery Hill Books about the ways in which not teaching at an R-1 fundamentally shaped his career as a scholar in fruitful ways.  In brief, he writes that building his career at a regional comprehensive university and then adjuncting for a few years at another university made him a more creative and more theoretically inclined scholar than he ever thought he would be as a medieval Old English literature expert:

Between the University of Northern Colorado and West Virginia University, I regularly offered classes in composition, in the English language, in British Literature surveys, and in both contemporary comics and science fiction and fantasy. Only occasionally, in comparison, did I teach courses in Medieval Literature, which was my nominal specialty as a scholar.

But all that teaching—and the reading and thinking it involved—in areas outside of my primary area of specialization, I am starting to think, is actually what helped me to start thinking more usefully about questions that span all of English letters. For me the study of Old English meter and the study of modern graphic narratives grew to be connected somehow. At one level, I ascribed both interests to my recognition that I was a formalist by inclination. At another level, though, it was the kind of question—just what does link Old English verse to comics?—that could only be answered by looking at the truly big picture. In a sense, I needed to become a theorist to understand the question itself, much less begin to answer it. I couldn’t rely on other theorists’ thinking, or build upon it: the questions I was trying to answer were my own.

As much as the breadth of my teaching helped me both to discover some of these questions and to begin to answer them, it is certainly true, too, that my work in selling books has affected the range of things I attend to in my scholarly work: I know much more about the bibliographic details and publication history of works like Art Spiegelman’s Maus and Tolkien’s The Lord of the Rings from having bought and sold and collected them than I do from having taught them, no matter how often. And both topics make an appearance in my 2014 academic book, The Visible Text.

Perhaps my experience cannot be generalized; I’d be among the first to acknowledge that the way I’ve gone about things in my career may not be for everyone. But it seems odd to me to realize that if I’d had a conventional faculty job at a true research-oriented university, there might have been a far greater match between my scholarly focus and the classes I taught. But the consequence of that greater degree of matching is that I might never have had the tools and experience of books and texts to write a book that considers literature and material textuality from the eighth century to the present. Certainly, as a research faculty member at a research university, I’d have been encouraged (actively or passively) to have a narrower, more defined focus, and the teaching part of my work would have involved fewer courses and fewer sections of them. Part of me thinks that it may well be the case that my work as a teaching faculty member and bookseller might have prepared me to address new theoretical questions better than any other aspect of my training and career.

His experience resonates with me, as I’ve been reflecting on the first twenty years of my career as I chop, hack, and weed my way out of ten months of neglect in my garden.  I’ve been thinking a great deal about what public historians call a sense of place, and the ways that geography and circumstance have shaped both my teaching and my writing, both online and in scholarly publications.

Many of you know me as a cowgirl on the interwebs, an identity I would probably not have chosen if it weren’t for the fact that I have lived in Colorado for fourteen years.  But beyond that, I wonder:  would I ever have been interested in writing a book about an English-born Wabanaki captive turned French-Canadian nun if I hadn’t taught at two Catholic universities along the way and worked with historians of Catholicism?  Would I have had the courage or the tools to write my book, The Many Captivities of Esther Wheelwright (forthcoming, Yale University Press, fall 2016) if I hadn’t landed in my current department?  After all, it’s my colleagues in public history (with its emphasis on material culture and the built environment)  and environmental history, who offered examples for how to use botany, medicine, and ways of thinking about the anthropocene to inform historical analysis.

Like Tom, I chose to bloom where I was planted, and to learn what I could from the colleagues and students I have, rather than worry about the ones I don’t have.  I keep thinking of Robert Frost’s poem “The Road Not Taken,” about choosing the road less traveled, and “that has made all the difference.”  I think teaching at a regional comprehensive or at other institutions that require engagement with composition 101 and survey courses is clearly the road more often traveled by most humanists, and that teaching at selective private universities and R-1s is in fact the road less traveled, but the divergence of the roads, not their traffic, is more to the point.

As it turns out, the sandy, dry soils and sunny, clear days out here have proved pretty fruitful for me.  But what about you?  If you’re a scholar or a teacher, how has your specific day job (and/or specific sense of place) affected your scholarship or how you think about your work?

23 thoughts on “Blooming where you’re planted, flourishing in stony soil, plus Robert Frost”