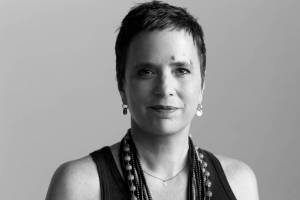 This story, of Mount Holyoke College cancelling a performance of Eve Ensler’s The Vagina Monologues because it was deemed exclusive of transwomen’s experiences, is a perfect example of the care work we expect of women, their institutions, and feminism, and of no one else.  We never demand that men’s or male-dominated political movements or institutions serve absolutely every other social justice issue first, second, or third, before they can work on their announced and preferred issue or issues.  This is only a demand we make of women and their institutions and political movements, because we expect this kind of care work from women and not from men.

On a related note:  the message here is just shut up.  Stop talking.  Stop acting like your experience is relevant to anyone else.  Shut up, already!!!  Stop talking about vaginas!  As though any one monologue–get it?–could presume to represent everyone’s experience.  The title of the play is very intentionally The Vagina Monologues, with the “s” indicating that there is more than one experience recounted here.  But somehow, we see the word Vagina, and we stop thinking and start screaming “SHUT UP!!!”

Ensler has responded to the Mt. Holyoke students’ decision here.  She writes:

Inclusion doesn’t come from refusing to acknowledge our distinctive experiences, and trying to erase them, in an attempt to pretend they do not exist. Inclusion comes from listening to our differences, and honoring the right of everyone to talk about their reality, free from oppression and bigotry and silencing. That’s real inclusion — to listen to different stories, with curiosity, and love, and respect, in all their particular and distinctive human individuality.

We need to create a loving space for people with vaginas, and women without them, to address our oppressions, desires, and secrets and to simultaneously honor the fact that gender is not based on anatomy or genitalia.

Usually, it’s students on conservative campuses who struggle to produce Ensler’s Vagina Monologues, but here in the name of “inclusion” a group of presumably feminist women at a women’s college have deemed The Vagina Monologues too narrow and essentialist and therefore unworthy of being produced and discussed in the community.  I hope the students who were persuaded not to produce Ensler’s play will come to see this as the misogyny that it is, if not sooner then later.  (When conservative campuses refuse to sponsor productions of the play, we don’t hesitate to call their reasoning “misogynist.”)

Women as artists and political activists are not permitted to represent the experiences of many women–apparently, we must speak for everyone.  Oh, if only we could hold everything written by men to the same standard!  But no one ever does, because male artists are permitted to create works of art that represent specific, subjective experiences, and they’re even allowed to claim that these specific characters represent The Human Experience!  And now we have students at a women’s college saying that a play that represents people with vaginas aren’t sufficiently “inclusive,” because not everyone has a vagina.

In these demands that transwomen be recognized and included, I see more than a little bit of male privilege at work.  I don’t object to demands for inclusion at all.  I object to demands that certain women just shut up and go away, and that certain works of art be erased from the history of women and the history of feminism because a few people today disagree with some of their ideas.  How is that feminist, these demands to deny our history and cast dirt on important artistic, intellectual, and political contributions?  How about complaining at coeducational universities that they’re not inclusive enough?  Why presume that it’s only women’s colleges that need to change their mission and orientation to accommodate transwomen?  Why don’t more transwomen study women’s history and feminism and think about what other women might want or need?

No other political movement is treated this way.  It’s only feminism that is regularly expected to denounce and deride its founding mothers and sisters in the struggle, and the damnedest thing is that there are always a number of younger feminists who are willing to do this.

27 thoughts on “There are no founding mothers, just embarassing aunties and cleaner-uppers: the care work we demand of women and no one else”