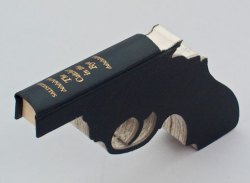 Does it seem to you that in the past few years, we’ve reached a kind of rapprochement among historians and literary scholars?

The last time I had a long-term fellowship–which I’m embarrassed to admit was I was fifteen years ago already!–it seemed to me that there was a great deal of hostility between historians and literature scholars.  This was at the Newberry Library in the winter and spring of 1999, and I recall a number of not-very-helpful comments from literature people to historians along the lines of “you can’t say this!!!”  Similarly, there were rude interjections from historians, who would inform a literature scholar that “you can’t do that!!!”

I remember being lectured by an only-slightly-senior colleague in an English department about my reading of captivity narratives, and when I complained about what I heard as pretty unhelpful advice to another literary scholar, I was informed that I was “just being defensive.”  (And maybe I was.  But why was that?  Was it because I was being talked to like I wasn’t an expert in my own field and I hadn’t won a long-term fellowship on my merits?  Ya think???)  I remember the frustration of a literary scholar who was writing a book about representations and historical experiences of a particular subject in both colonial America and the modern (20th century) U.S., and was skipping the entire nineteenth century who was informed by historians at the Newberry Library a few years later that “you can’t do that.”

Clearly, the historians were disturbed by the implications of her argument for their sacred cow, Change Over Time, but as a literary scholar she doesn’t need to worry about that, just as I as a historian didn’t have to write my book like a literature scholar would.

But over coffee this afternoon with a few of my fellow fellows at the Huntington Library, we were two historians and two literature scholars who agreed that the temperature of cross-disciplinary exchanges has simmered down.  We have a long-term fellows seminar in which we–all literary scholars and historians–present short passages from our ongoing research and writing, and I have yet to hear anyone build a disciplinary redoubt from which to lob bombs at a scholar from the other discipline.  It all just seems so beside the point these days–who am I to tell someone that she can’t write a book?  Who are any of us to say that?

(For the record:  I’ve never told anyone that their work can’t be written.  Aside from being patently untrue, it’s completely unhelpful.  My goal as an advisor, peer, and peer reviewer has always been like an improv comedian:  when someone throws out a premise for a skit, never contradict it or say “no;” say “YES!  And. . . “ throw something else on the table that the other person can pick up and run with.  If we see intellectual life as a collaboration rather than gatekeeping, ours jobs will be more fun.)

Have any of you noticed the same ceasefire?  What has happened?  Is it that historians became more informed about the choices they make in selecting evidence and building their arguments, when previously they had assumed that sources “spoke for themselves?”  Is it that literature has also turned to materiality in the same way historians have over the past two decades?  Is it that cultural history is what a lot of us in both History and literature departments claim to be writing?  Is it that we all got kind of bored with the language of “theory” and got over ourselves?  Is it that we were all a bunch of jerks fifteen years ago, and there’s a different mix of people out here?  Is it that we at the Huntington get to have coffee in the garden in January, and all the fresh air and sunshine has put the zap on our brains?  What do you think?

Or is it that we finally realized we’re all humanists adrift in a world that devalues both history and art, and all we’ve got is each other (plus some art historians and American Studies folks as well)?

22 thoughts on “History versus literature: a ceasefire at last?”