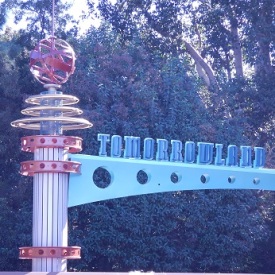 It looks like I completely failed to blog a single word last week.  Once this blog starts to feel like another job, I’ll pull the plug, so in the meantime I’ll enjoy my off-line life when I will!  I hope you’re all having lovely winter breaks/holiday seasons/time away from the classroom/unstressful time with family and friends.

Two weeks ago, I sent my book off to begin its long and winding journey to eventual publication.  So now what do I do with the rest of my sabbatical?  I’ve got some fun ideas that I want to explore that have to do with women’s bodies, material culture, fashion, and citizenship in the Early U.S. Republic, and there are more sources at the Huntington Library than I can probably process in the next five and a half months.  But I can dream, can’t I?

While it may seem perverse, I hope that I don’t see any readers’ reports for at least a few months, because then I won’t feel obligated to respond to them and make a plan with an editor.  I want some time to dream and play, and to think about the second half of my scholarly career.  Tempus Fugit, my friends.  I’ve now written two books that several people told me I couldn’t write, shouldn’t write, and/or was stupid to write because everybody already knows that, nobody cares, and I should just stop talking about my ideas.

Isn’t that always what feminists get told?  Shut up.  Stop talking.  Stop writing.  Stop saying that you’re a feminist!  Just imagine the potential future scandal surrounding my third book!  The real scandal is that I’ve managed to survive professionally and to keep on writing and talking about my stupid ideas that everybody already knows and nobody cares about except they keep pissing people off.  (Not everyone, of course, but enough people that it makes the punk rocker inside me say, “Oh yeah?  Watch this!”)

If any feminist scholars out there in bloglandia need some inspiration, pick up a copy of Masha Gessen’s Words Will Break Cement:  The Passion of Pussy Riot, a Christmas gift from BT Scrivener which I started reading on the plane back to L.A. yesterday afternoon.  Pussy Riot became punk rockers in the service of their feminist and anti-totalitarian art and political goals, so it’s not a book about punk rock so much as about art and political protest in Putin’s Russia.  (Still, the sound and style of punk rock is an interesting choice as an effective language of protest, no?) 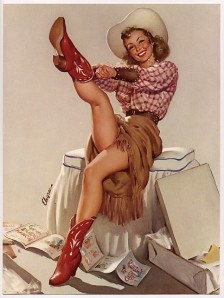 Gessen’s book shows how a small group of young women–bright but ill-served by post-Soviet Russian education under Vladmir Putin’s now fifteen year-long effort to control all political language and suppress dissent–groped their way towards feminist language, iconography, and political protest.  I was uninformed about the extent to which feminism had languished in the late Soviet and post-Soviet era. I’d actually like to hear from some modern Soviet/Russian historians on this point–do you think Gessen exaggerates, or was there no comparable “second-wave” women’s movement in the U.S.S.R.?

(How many times have we historians seen this before in revolutionary movements?  After initially embracing women’s liberation, the Soviets returned to the bourgeois family as the heart of “Soviet values,” and called feminism “bourgeois” and “Western!”  Just like right-wing critics today, who tell us that we should shut up about Western women because women under the Taliban have it so much worse, so why don’t we try to help them instead?)

Today is the first day of the rest of my scholarly career, so I’d better make the most of it.  And remember:  some of us think “Western” is a good thing.

9 thoughts on “Tomorrowland is today! On fresh starts, feminist protest, and the citizens of Greater Shut-upistan”