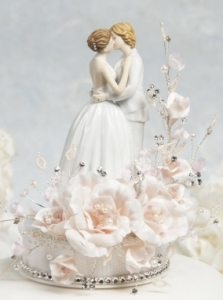 John D’Emilio, queer history founding father and all-around badass, is unafraid to pee in anyone’s Wheaties (even in his allies’ breakfasts) to make a point.  Via Tenured Radical and the Twitter musheen, John D’Emilio is “Thinking About Marriage” over at OutHistory:

When I think of the long history of LGBT activism in the U.S, stretching back to the post-World War II years, I’m struck by how the periods of most creativity, the periods that involved the biggest leaps forward, were those in which activists most clearly challenged common assumptions and core institutions.  The U.S. LGBT movement was launched by a group of gay men who had ties to the Communist Party and who theorized that “homophiles” were a distinct minority with a special role to play in society, based on their difference.  The Stonewall-era gay liberation and lesbian-feminist movement saw the oppression of queers as thoroughly linked to gender, racial, and class inequalities; it believed liberation would come only if one thoroughly re-imagined and reconstructed the nuclear family; and it sought to make common cause with other radical movements.  The radicalism of ACT-UP that AIDS generated by the late 1980s wanted to remake the health-care system in the United States and provoked a community debate about sexuality and pleasure as key elements of human life.  By contrast, the movement for marriage equality aligns itself with an institution that is not only in decline. It is also an institution that acts as gate-keeper for who deserves key benefits basic to a human’s survival – parenting, an income in old age, health care and insurance, and many more.  Significant and exciting as this campaign has often been, it seems a sad misdirection of a social change movement’s limited resources.

From what I’ve seen, marriage isn’t in decline everywhere–it’s mostly in decline among poor and struggling working-class families.  Bourgeois folks meet in college or professional school and enjoy expensive weddings, and they even seem to enjoy their marriages too in that their divorce rate is also pretty low.  Marriage is now functioning almost as marriage did in the ancien régime among aristocrats, as a system that shores up inherited and accumulated wealth and privilege as well as serving as a gate-keeper to middle-class privileges that really should be entitlements for all of us.

I’ve made the point here about how our system for distributing health insurance is essentially patriarchal–and that remains undisturbed by the provisions of the Affordable Care Act.  Calling marriage equality a “sad misdirection” goes too far for me, but it sure makes sense when we consider the alacrity of the movement’s success considering the conservative nature of our federal judiciary and the revanchist majority on the U.S. Supreme Court.

I read D’Emilio’s post at OutHistory this afternoon while I’m in the midst of Rachel Hope Cleves’s Charity and Sylvia:  A Same-Sex Marriage in Early America, which documents the shared lives of Charity Bryant (1777-1851) and Sylvia Drake (1784-1868) in Weybridge, Vermont.  Cleves argues that theirs was a marriage in all respects, and that it was recognized and affirmed as such for the most part by their families and neighbors.  C&S is beautifully written and incredibly engaging–I find myself stunned into disbelief at the numbers of letters and diaries that Cleves had at her disposal.

Cleves has rediscovered for a wider audience a same-sex couple living in plain sight, and I’m also thrilled to say that her book vindicates Historiann’s opinions in several different ways.  First, as I argued in the previous post, history doesn’t have a source problem; our only problem is our own limited imaginations.  Secondly, it absolutely vindicates my call for historians, especially historians of women, nonwhite people, poor people, queer people, etc., to get our a$$ses back into archives, and especially not to overlook public history sites and  state and local historical societies like the Henry Sheldon Museum of Vermont History, which became the repository for the loving correspondence on which Cleves bases her book.

Therefore Cleves’s book is a special pleasure for me, because my own opinions are vindicated on nearly every page!  (Don’t you love it when that happens?)  That said, I think Cleves’s book is one that would lend support to D’Emilio’s argument in his OutHistory blog post, in that her description of C&S’s success as a couple lies in their essential conformity to the morés of rural Vermont in the early Republic and antebellum eras.

At this point, you’ll have to discuss amongst yourselves, Linda Richman-style.  It’s already nearly dark here in the San Gabriel Valley at 4:30 p.m., and I don’t have a light for my bike (yet?), so I gotta roll.