It’s hard work being on sabbatical, believe it or not. Having the privilege of a Huntington Library long-term fellowship comes with strings attached–it’s not all strolling in the gardens, gazing at marvelous paintings, and thinking deep thoughts all day long.  I’ve spent a lot of this week imagining the winter of 1759-60 in Québec and trying to write about it.  (Those poor Highlanders, in their kilts–or “philibegs” as once source calls them!  Just imagine.)  Those of you who are suffering from the Polar Vortex in most of North America this week can probably do a lot better than I can at this point.  (Although it’s been cool and overcast here too–highs only in the 60s!)

Back to the hard work of sabbatical:  the number of seminars, lectures, conferences, and happy hours (both formal and informal) could be nearly a full-time job if I let them.  In the past week alone, I’ve learned what a “philibeg” is, and about medieval zombies and other life-after-death beliefs, heard a lecture on the Sand Creek Massacre (whose 150th anniversary is on November 29 this year), read a paper on seeing early nineteenth-century mathemeticians as cyborgs, and just today learned that “mercantilism” is pronounced merCANtilism, not MERcantilism, as I had always thought.  (Who knew?  I avoid talking about merCANtilism as much as I possibly can.)

Sabbatical FTW!!!  How are they gonna get me back on the ranch, after I’ve seen Pasadee? 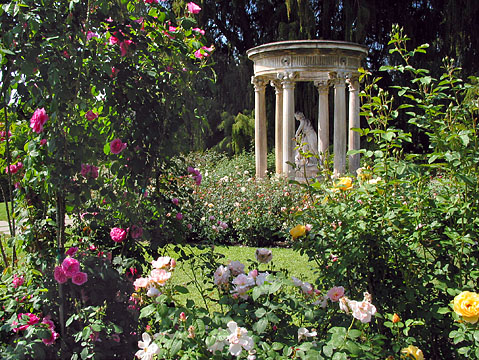 13 thoughts on “Working in a winter wonderland”