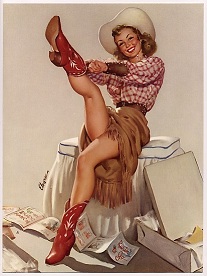 These boots were made for walking, dig?

Maybe it’s just a coincidence that I was just talking with friends in person and over email about the job market this year, but you know what they say:  when the student is ready, the teacher will appear, right?  So just now I read Scott Rasmussen’s article called “The Ability to Walk Away is the Key to Empowerment:”

Politicians like to talk about empowering the middle class or other segments of the voting population, but they’re typically a little fuzzy on what empowerment really means. That makes sense when you consider that elections are essentially about politicians asking to get power rather than share it.

The truth is that we all have more power as consumers, volunteers, supporters and members than we do as voters. That’s because the key to empowerment is the ability to walk away.

Right on! Rock and roll!  Any specific examples come to mind?

That’s a lesson learned over the past half century by Major League Baseball. Up until the 1960s, baseball players were restricted by something known as the “reserve clause.” It was a contract provision that restricted a player to one team for life.

Then, in the 1970s, a Supreme Court ruling gave players the chance to become free agents when their contract expired.

That change, from an average salary of under $20,000 a year to over $3.2 million, didn’t come about because the owners suddenly became generous and decided to share more revenue with the players. It came about because players won the right to walk away and force the owners to compete for their services.

Awesome!!!  Because this is an article I found at RealClearPolitics, I think Rasmussen is going to say, “Don’t let pols take you for granted.  Voters must walk away from pols who don’t represent your views or vote the way you want them to.”  But wait–here’s the big finish:

The same logic applies whether it’s shopping or looking for a job. We get the best prices not because some store owners are more generous than others. It’s because we have the power to walk away by taking our business elsewhere.

When it comes to shaping our community, we have that same power over charities and nonprofit groups. Whether it’s a food bank or a local theater group, their survival depends upon convincing us to give our time as volunteers, our support as members, and our cash as donors. If we don’t like their mission or don’t think they’re effective, we walk away.

So, the next time a politician talks about empowerment, ask the candidate how they are going to give you more power to walk away and make your own decisions.

What???  Our big move is not to walk away from the pols, but to “ASK the candidate how they are going to GIVE [US] MORE POWER to walk away and make [our] own decisions?”  First of all, is that even possible?  Can we have more power to walk away and make our own decisions than we already have by the laws of nature and nature’s god?  Is that what Curt Flood did–he asked Bowie Kuhn nicely and politely to please, pretty please, give him more power?  No, he filed a $1M lawsuit (back in the days when $1M was real money) and compared the reserve clause to slavery, b!tches!  He sat out the 1970 season and effectively walked away from the rest of his baseball career.

I was fully prepared to love this article, because I’ve always been a big fan of the liberty to walk away.  Too few of us own it, when it would make our lives so much happier.  None of us are happy when we feel trapped in a bad job, a bad relationship, or a bad scene of any kind.  We announce our own weakness when we refuse to walk away, or even to imagine walking away or to admit the possibility of walking away.*  (As Curt Flood’s argument suggests, not walking away is also the best way to exercise your power to walk away.)  Sometimes owning your own power to walk away is enough–because it means that choosing to stay is an affirmative choice and not a fate.

This article ended on a weird capitulation.  Just stop reading after the penultimate sentence.  And yes, walk your votes away from pols who ignore you or take you for granted.  (Looks like this year I’ll be voting for Ruth Bader Ginsburg for a number of offices in Colorado.)

*As a service to my readers, I will re-print a portion of a rant I published last year with respect to adjunct labor and what they owe to universities who contract with them:

Adjunct faculty should tend to their own needs and interests, and to hell with your employers.  If the university you teach for has made you no commitment, then you owe it–and its students–precisely jack squat.  Please, please, please:  DO NOT MAKE THE MISTAKE OF DEMONSTRATING MORE LOYALTY TO AN INSTITUTION THAN IT DEMONSTRATES TO YOU.  Our employers looks after their own interests; that’s why most of us don’t have tenure-track jobs.

If you are an adjunct lecturer now, please put a time limit on the number of semesters you’re willing to work as an adjunct.  Seek out opportunities outside of academia, no matter if it’s February, May, September, or December.  If you have a Ph.D., it may not count for much in some lines of work outside of academia, but what it suggests to me is that you’re able and willing to learn and will be successful if you choose to work in another field.  You possess substantial intellectual and cultural capital compared to the vast majority of other job seekers.  Use it.

9 thoughts on “That didn’t turn out the way I thought it would: on the power of walking away”