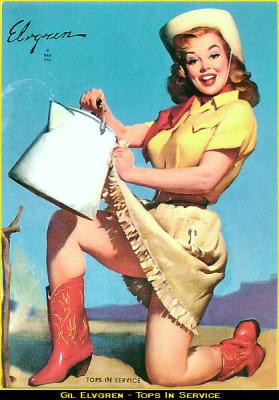 Stop by and sit for a spell.  Have a cup of coffee, too, while you’re at it!  (It’s fresh, or at least it was this morning.)  As you have probably guessed, I’ve crawled my way out of the wilderness and back to internet-connected civilization.  Although the entrance to The Huntington Library and Gardens is torn up now because of a major construction project, everything indoors and out is pretty much its usual quiet and studied perfection.  As commenter Susan noted in the comments on my last post, the Corpse Flower is about to bloom here, so we’re all on the edge of our seats.  (Follow the progress on Twitter, #CorpseFlower).

I’ll surely be reporting more from my new sabbatical year location, but I’m actually getting lots of writing done this week (!) so I don’t want to let the blog suck too much of my mojo right now.  I’m enjoying the offline company of my fellow nuns and monks here.  It’s a refreshingly cloistered environment, in which people still cultivate the attention spans required for long study and deep reflection rather than the instincts of the blogosphere or Twitterverse.

The Huntington is also culturally and environmentally about 15,000 miles away from Ferguson, Missouri.  Working and strolling through this privileged environment, I’ve had the opportunity to reflect on the incredible liberties I have even amidst the many botanical, art, manuscript, and bibliographic treasures.  All it takes is a “reader’s card” on a lanyard around my neck, and I have nearly the run of the place.  And who am I?  I haven’t paid a dime for the pleasure–in fact, I’m a huge welfare queen!  I’m getting paid to be here!  What a tragically different experience Mike Brown had of his own neighborhood.

As you might imagine, I’ve been following the news of our militarized police state pretty closely.  I don’t have anything particularly profound to say, and besides there are much smarter and more articulate people in the news, on blogs, and on Twitter who are already saying it (like Heather Ann Thompson).  I guess my big reaction is this:  why is anyone surprised that the present looks so much like the past?  It seems like when it comes to race in America, we’re dangerously invested in insisting that the Bad Old Days are long gone.  I get it that that’s a more reassuring story to tell, but it’s a childish one.  Aren’t there any grownups among the grownups these days?

Even if I understand why people insist on pretending history is irrelevant, why must they evoke history in such wildly inappropriate ways?  For example:  Howard Kurtz say that “Some liberal outlets [are] creating almost a lynch mob mentality around this,” that is, the insistence that the police officer who killed an unarmed man be arrested and charged with a crime.  Is that what lynch mobs did–they published headlines in news outlets demanding the arrest and trial of men suspected of crimes?  Because that’s what you imply when you compare an online magazine to a lynch mob.  Judge Lynch, as we all should remember, was not at all about insisting on due process for suspected criminals.  That was the whole point of a lynch mob friends–the circumvention of the criminal justice system!  Yegads.  So stupid.

And that’s before I even take on the offensive racial inversion of lynch mobs and their victims here that Kurtz’s comparison is built around.  Tips for Toads:  Judge Lynch never targeted armed, white, municipal police officers, mostly just African American men and women.  Actually, scratch that tip.  Let’s just make a new rule:  New Rule:  Don’t talk about lynch mobs unless you’re talking about a literal lynch mob.  To do so seems is self-dramatizing and disrespectful of the actual victims of lynching.

It’s almost like it’s a crime to walk like a free man with a black body in 2014.  But what the hell do I know:  I’m only a professional historian.