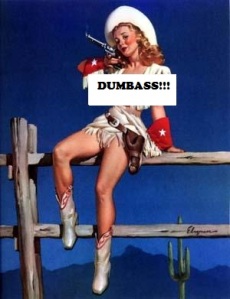 How’s that for irony?  That’s what the Scholarly Advisory Council was told by the National Women’s History Museum’s President and CEO Joan Wages last month, according to former SAC member Sonya Michel.  (You can see the NMWH’s announcement of the SAC’s walking papers here.)  Michel, for those of you who don’t know her or her work, is an eminent scholar of gender, povery, and social welfare.  She writes:

Last month’s dismissal of the scholars followed yet another example of a museum offering that embarrassed those of us who were trying to ensure that the institution was adhering to the highest standards in our field. In mid-March, the museum announced that it had launched a new online exhibit, “Pathways to Equality: The U.S. Women’s Rights Movement Emerges,” in conjunction with the Google Cultural Institute. Never informed that the exhibit was in the works, much less given an opportunity to vet it, we were appalled to discover that it was riddled with historical errors and inaccuracies. To pick just one example: Harriet Beecher Stowe was described as having been “born into a family of abolitionists” when, from the time of her birth through her young adulthood in the 1830s, her family actively opposed the abolitionist movement. “Pathways to Equality,” noted Kathryn Kish Sklar, the nineteenth-century specialist who pointed out the error, “could have been written by a middle-school student.”

Actually, if I were Sklar, I would have said that “a middle-school student who had consulted my prizewinning biography of Catherine Beecher could have put together a stronger online presentation.”  But that’s just me, pretending to channel Sklar.  Michel continues:

Sklar’s reaction was hardly unique. With no actual historians on its staff and only scant communication with scholars, much of the museum’s public presence over the past few years—online, in print, and in the events it sponsors—had communicated what we considered to be an amateur, superficial, and inaccurate understanding of U.S. women’s history. Last summer, a group of the affiliated historians had written to Wages and the board of directors to outline our concerns and ask for greater engagement, with few results.

This latest instance of the museum’s feckless disregard for scholarly review prompted a number of the affiliated historians to conclude that we could not, in good faith, remain on the SAC. We realized that our presence there implied endorsement of the museum’s interpretation and presentation of women’s history, “when in fact we considered it to be neglectful of the diversity and vibrancy of recent scholarship,” as one of the group, Eileen Boris, Hull Professor and chair of Feminist Studies at the University of California, Santa Barbara, put it. Reluctantly, we began to draft a letter of public resignation. Before it was completed, however, Wages informed us she was dissolving the SAC.

So apparently scholars are important as window-dressing rubber-stampers to furnish the illusion of scholarly approval when you’re seeking Congressional approval, but not if they try to lend more than their names and affiliations.  Got it. In fact, Michel points out that a major problem with the NMWH, which has existed in almost complete secrecy as a fundraising organization since 1996 (!), is that “the NWHM had so little contact with the academic community that few women’s historians were even aware of its existence.”  Count me among the ignorant until yesterday afternoon!

Here’s the reason that Wages with her lobbyist/fundraiser’s mentality clashed with what actual American women’s historians think about women’s history.  Upon reviewing the museum’s prospective focus and sample materials,

The historians found the focus on “great women” and the acquisition of formal political rights to be outdated and much too narrow to capture the manifold ways in which women have shaped U.S. history. We were also dismayed to note that nearly all of the women pictured on the brochure were white, and several (Mary Wollstonecraft, Olympe de Gouges) not actually American. This sort of thinking about history typifies the NWHM style. Its approach is encapsulated in this statement on its website: “Women’s history isn’t meant to rewrite history. The objective is to promote scholarship and expand our knowledge of American history.” While most women’s historians would agree with the second part, we would disagree with the first. We have set out to rewrite history.

Indeed, most of us long ago abandoned the “add-women-and-stir” approach to women’s history, whereby one simply attempted to find female parallels to prominent male figures and patterns of accomplishment. Instead, we have developed new categories to analyze American history through women’s eyes, such as how they used their own organizations to shape fundamental protections like mothers’ pensions and the Fair Labor Standards Act, how they reconfigured family life as part of the 19th-century modernizing process, and how their labor—paid and unpaid—has restructured the American economy. Our goal is to show the full diversity of women’s history without portraying it as a seamless path from corset and kitchen to boardroom and the halls of Congress.

Yeah, but the Whig story line–everyone in America is getting freer and freer, and everything is getting better and better!–is hella easier to sell to congresswomen and men.  Contributionism is intellectually vacuous and hopelessly out-of-date, but when it comes to women’s history, that’s all that most people (women and men alike) want to hear.  (N.B.:  I don’t have a problem with including non-Americans like Wollstonecraft and Gouges, who are after all central to any serious intellectual history of feminism.  But that’s probably because I’m not “really” an American historian, working as I do in the pre-1776 era and thinking a great deal about Canadians, First Nations people, and other North Americans who never lived in the United States.)

What strikes me as weird about this whole story is not that the NMWH as currently envisioned and led–for the past eighteen years!–came to blows with working scholars.  (This is an organization, after all, whose board members according to Michel can pay $25,000 to play.  True!)  What’s weird is that the NMWH, according to Michel’s account, is behaving as though it’s the first proposed historical museum in Washington, D.C.  Where is the Smithsonian Institution, which runs several historical museums?  What about having board members from the National Museum of the American Indian, the new African American museum, and the Holocaust Museum?  Balancing the interests of a number of stakeholders and goals–popular interest, scholarly rigor, private donations, and government support–is what museums do, after all.  Why is the leadership of NMWH acting as though no one has charted these waters before?  (I’m going on Michel’s account only here.)

All of these institutions have showed that you can incorporate modern scholarship into popular museum exhibitions.  To be sure, there have been some controversies (like the proposed exhibition of the Enola Gay at the National Air & Space Museum in 1995) that proved insurmountable, but there have also been tremendous successes like The West as America (1992) at the National Museum of American Art, and the Seeds of Change exhibition (1991-93) at the Smithsonian’s Natural History Museum, both of which addressed the longue duree consequences of the Columbian “discovery” of the Americas at its quincentennial.  I saw both of these exhibitions as a graduate student, and was enormously excited by the ways in which current scholarship was being interpreted and presented to a wider audience.  Were they ever consulted?  If not, why not?