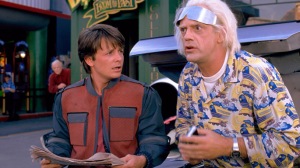 From the Chronicle of Higher Education:

The American Historical Association and four universities will split a $1.6-million grant from the Andrew W. Mellon Foundation aimed at broadening the career paths of history Ph.D.’s, officials announced on Thursday.

The university recipients of the grant—Columbia University and the Universities of California at Los Angeles, of Chicago, and of New Mexico—will each receive about $300,000, Mr. Grossman said. The history association will receive the rest. The institutions will begin different pilot projects, including creating mentor databases, increasing internship opportunities, and crafting curricula designed to give students better real-world skills, such as how nonprofit organizations work.

(Emphasis mine.)  I get it that the Mellon Foundation (and the AHA, which also gets a share of the dough) wants the prestige of these programs in taking the lead in a project like this.  But are Columbia, UCLA, and Chicago Ph.D.s really the ones having trouble finding jobs, provided that they expand their job searches beyond major metro areas in the U.S. and internationally?  I doubt that they’re truly disadvantaged.

I’m glad the Mellon grant includes New Mexico, which already has a strong public history concentration.  However, the sense I get from some of my colleagues in public history at Baa Ram U. is that they don’t want the Ph.D. to become the new terminal degree in public history, and I can see where they’re coming from.  After all, the Ph.D. is the research degree, requiring a student to concieve of, research, and write an independent scholarly monograph, whereas employed public historians are required to conduct research in any field, period, or topic that their employers or clients require.  A Master’s degree, plus three or four years of employment in public history, would seem to offer the same experience as having students go out and research their own dissertations.

But what do I know?  I’m the graduate of a department that received a great deal of Mellon money back in the late 1980s that helped in at least some small way to create the problem that this Mellon money is now designated to alleviate.  Twenty-five years ago, the “crisis” on the horizon was the too small number of Ph.D.-holding historians to replace the massive generation of men (yes, they were overwhelmingly men) set to retire in the 1990s.  So departments like mine were encouraged to figure out ways to accelerate their production of Ph.D.s, because no one at the Mellon foundation or at the AHA foresaw the adjunctification of the profession over the past two decades.

This program, too, seems mostly focused on the question of supply rather than demand.  I don’t have the habits of mind that would permit me to forsee the next crisis in academic history employment, but I wonder how far $1.6 million would have gone as seed money to encourage some more history departments in SLACs and comprehensive universities to convert one of their adjunct positions to a tenure-track job?  As we know, there’s plenty of work in higher education these days–otherwise, why all of the adjuncts?  And universities have been around for 800 years or so, and I’m guessing that they’re good for probably a solid millennia, give or take a century.  Why not invest in traditional academic employment first?

38 thoughts on “Back to the future: $1.6 million Mellon grant for “broader career paths””