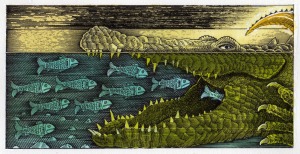 “How doth the little crocodile improve his shining tail, and pour the waters of the Nile on every golden scale?” It’s that time of the year, friends. Why does every spring semester feel so damn busy? Is it the graduate exams, the lectures and colloquia, or the inviting, deep, deep snow in the mountains? All of the above? Other concatenations of obligations, pleasures, and near-disasters?

I was chairing a Master’s exam committee yesterday, and my student (who did brilliantly, natch) made a comment about the ways in which women’s history was always viewed as narrow or of limited relevance to the rest of the profession, when traditional topics in men’s history (the new imperial history, for example, which seems almost exactly like the old imperial history) are viewed as “big” topics of universal importance. Size matters, right? So why do male topics always seem bigger than women’s histories, even when they’re based on a much narrower source base written only by a tiny sliver of elites? (Bonnie Smith’s arguments in The Gender of History seem inescapable.) 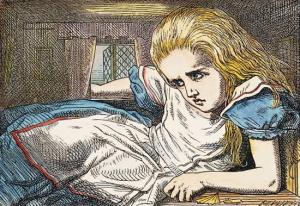 If size matters, then we need to point out that these “new” imperial histories (just like the old imperial histories) are based for the most part only on the European-language papers and letters of a few kings, colonial functionaries, military officers, and (if relevant) Jesuit or Franciscan records. That’s not a huge source base, certainly compared to Susan Klepp’s Revolutionary Conceptions, which attempts to answer a question–why do we see a fertility transition to smaller families after the American Revolution?– no one ever addressed explicitly in their papers or letters (let alone collected and published the relevant papers in nicely organized volumes.) Now, that’s a major historical feat, regardless of the size of the question, which is itself one of tremendous relevance not just to women’s history or American history but to all of modern global history, given the fertility transitions demographers have charted in the nineteenth and twentieth centuries in countries around the world.

“How cheerfully he seems to grin, how neatly spreads his claws! And welcomes little fishes in with gently smiling jaws!”

Happy trails, and be good to your croc.

23 thoughts on “How doth the little crocodile improve his shining tail? The “big questions” and women’s history.”