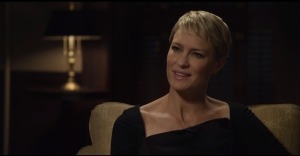 The usually techno-utopian Joshua Kim is channeling our pal, MOOC skeptic Jonathan Rees!  It’s almost unbloglich!  (I’ve jumped on Kim before and was kind of a jerk, but he was a thoroughly decent guy about it all, contacting me in a personal email.)  In a post published yesterday at Inside Higher Ed, Kim reports that he was doing so well watching recorded lectures in three different MOOCs when Netflix released the entire new season of House of Cards recently, enabling Kim’s penchant for immersive binge-watching.  In “How House of Cards killed my MOOCing,” Kim writes:

Access to media, from games to videos, is now as close as our smartphones.

The quality of compelling content available on our phones is only increasing.

House of Cards comes from Netflix.  Amazon is releasing original programming. Some folks are lucky enough to have passwords to HBO Go accounts.

And this is only video. The real action is probably in mobile games and mobile social media platforms.

As higher education content migrates to our smartphones, as it surely will, this educational material will be competing with entertainment available on the very same platform.

An open online course is a wonderful thing for many many reasons, but participating in a MOOC is not the same thing as investing in an education.

Learning requires much more of us than is demanded from a MOOC.

The best sort of learning is done at a human scale rather than a network scale.

The combination of a talented educator collaborating with a dedicated student remains our most powerful adaptive learning platform.

N.B.:  Kim is certainly not the only person who is lured into binge-watching!  I must admit that I do it, too.  (I don’t find this season of House of Cards all that binge-worthy myself, but if my choice of entertainment options were either HoC or “Public Speaking,” there’s no question that I’d watch HoC until I could watch no more new episodes.)

Kim’s experience suggests that my prediction–that they will be useful for entertainment and marketing, not for actual education–was pretty darn prescient.  But who am I?  I don’t teach at Princeton, Stanford, or Penn.  I’m just a schmuck who teaches at an underfunded aggie in flyover land.  However, I know a thing or two about my students (or prospective MOOC “customers,” that is).  And if Kim–who holds a Ph.D. in Sociology–falls prey to binge-watching sudsy potboilers rather than Professor Hologram’s fascinating lectures, then what hope is there for the rest of us?

I guess Daphne Koller needs to hire Kevin Spacey and Robin Wright for her MOOCs.  They’re so much more watchable than boring old real-life professors!

9 thoughts on “MOOCs vs. House of Cards smackdown”