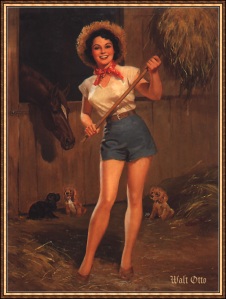 This appears to be Baa Ram U.’s management strategy right now.  But first the good news from the Pueblo Chieftan (h/t Jonathan Rees):  Sociology proffie Tim McGettigan’s access to email has been restored, but his ability to send out mass emails is currently blocked.  (Chancellor Michael Martin, CSU Deputy General Counsel Johnna Doyle, and CSU-Pueblo president Lesley Di Mare have never heard of twentieth-century technologies like gmail, hotmail, yahoo, or early 21st-century technologies like blogs or Twitter.)  As Rees says, anything less than an abject apology for comparing him to mass-murderers and a full restoration of his email privileges is unacceptable.  Engaging or arguing with your political opposition is fine, and even welcome; petty over-retaliation is not.  It only makes you look weak and stupid.

I agree with Rees.  CSU needs to back down entirely and apologize.  Let’s review:

CSU’s administration is in a free-fall.  Move over, National Western Stock Show; CSU is the real deal $hit show this winter in Colorado!