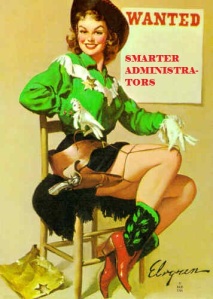 Sorry to be out of touch over the long weekend, friends.  I’ve been sick, and was made even sicker by this article forwarded by a colleague:

On Friday, many at Colorado State University-Pueblo nervously awaited word from administrators on exactly how many jobs would be eliminated there. Officials had warned that the number could be as high as 50 — a prospect that angered many students and professors at the university who dispute administrators’ assertions that the institution faces a deficit requiring layoffs.

Timothy McGettigan, a professor of sociology, sent out an email to students and faculty members in which he urged them to fight the cuts. His subject line was “Children of Ludlow,” referring to a 1914 massacre of striking coal miners in southern Colorado. McGettigan compared the way the central system administration was treating Pueblo to the bloody way coal mine owners treated their workers 100 years ago. He went on to say that, just like a century ago, those without power were being mistreated.

He said that the announcement that afternoon would reveal who was on Chancellor Michael Martin’s “hit list,” and said that the chancellor was “putting a gun to the head” of those who would lose their jobs, “destroying the livelihood of the people that he is terminating” and “incinerating the best opportunity that southern Coloradans have to earn their own little piece of the American dream.”

Of course, Jonathan Rees has been on this.  Unbelieveably, this is the explanation of CSU-Pueblo President Lesley Di Mare:

“On Monday afternoon, a spokeswoman for Colorado State-Pueblo sent an email to Inside Higher Ed saying that McGettigan had violated the policy on use of electronic communications. Further, she released a statement from President Lesley Di Mare, in which she invoked recent incidents of violence in education. “Considering the lessons we’ve all learned from Columbine, Virginia Tech, and more recently Arapahoe High School, I can only say that the security of our students, faculty, and staff are our top priority,” Di Mare said. “CSU-Pueblo is facing some budget challenges right now, which has sparked impassioned criticism and debate across our campus community. That’s entirely appropriate, and everyone on campus – no matter how you feel about the challenges at hand – should be able to engage in that activity in an environment that is free of intimidation, harassment, and threats. CSU-Pueblo has a wonderful and vibrant community, and the university has a bright future. I’m confident that we can solve our challenges with respectful debate and creative problem-solving so that we can focus on building that future together.”

You know what I say to that, friends:  HORSESHIT!!!

Was McGettigan over-the-top in comparing CSU-Pueblo faculty, staff, and students to the victims of the Ludlow Massacre?  No doubt.  Was his email at all threatening anyone?  I don’t see it.  But Di Mare compares McGettigan to notorious mass murderers at high schools and universities, as though he wrote his email from the perspective of the Ludlow bosses rather than their victims.

That’s my state and my university, friends:  we can’t keep actual guns off campus, but we suspend the email accounts of professors who suggest that little has changed for the poor residents of the Southeastern corner of our state in the past century.  Typed words and historical allusions are clearly a much bigger threat than actual guns on campus. 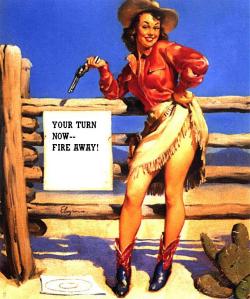 Di Mare and Chancellor Martin are wrong, but beyond that, they’ve created a huge public relations FAIL for the entire CSU system!  Think about it:  if they had ignored McGettigan’s email, only a few people affiliated with CSU would have seen it.  Now that they’ve retaliated with disproportionate force, they’ve brought all kinds of well-deserved but I’m sure unwelcome attention to their poor decisions.

At the risk of pointing out the obvious, cashiering Di Mare and Martin would go at least part of the way towards solving the CSU-P “budget crisis.”  But that’s not the way it works in Colorado, where university administrators both propose budget cuts and dispose of the faculty at will.

16 thoughts on “Baa Ram U. fails to distinguish between the victims of mass-murder and mass-murderers; suspends email account of professor for historical analogy”