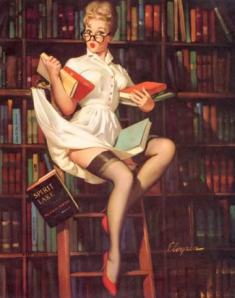 Call this the sky is blue/grass is green/water is wet edition of the news:

On the Mitch Daniels/Howard Zinn issue:  a commenter on the linked Inside Higher Ed story wrote that “Zinn basically saw American democracy and capitalistic economy as a sham while . . . he made a good living tucked in the loving bosom [of] its higher education institutions.”  I  happen to know exactly how much money Zinn made back in the late 1980s, and it was far from “a good living.”  Here’s the comment I wrote in response to this classic right-wing diversionary tactic.  (It’s a shorter version of the story I shared about Zinn when he died three and a half years ago.):

You are wrong that he “made a good living” at Boston University. The president of the uni in the 1980s and 1990s, John Silber, was ideologically at war with Zinn, and he and his minions prevented Zinn ever from getting any merit increases since before he even published “A People’s History.”

How do I know? I worked in the summer of 1987 in the Office of Faculty Actions, and it was my job to Xerox tenure & promotion files and to mail out faculty contracts. I remember opening Zinn’s returned contract and seeing that he had signed it but had also included a note to the effect that “I see once again you refuse to pay me any more money, but I don’t care!”

The princely sum he made in the 1987-88 academic year? $41,000! For a full professor, a WWII vet, a Civil Rights stalwart, and someone who was among the few faculty willing to take a stand against John Silber. As a college sophomore interested in going into higher ed myself, that sure made an impression. It’s a miracle I decided to go to grad school anyway.

FWIW, I don’t think “A People’s History” is great history, but it served a purpose in its time and place, and it got more people interested in learning more about American history than most high school or college textbooks.

I hope he made bank on A People’s History, because he sure wasn’t making it at B.U.  I’m sure he would enjoy this dustup over Mitch Daniels, whom I’m sure he would regard as merely a lesser (and even dumber) version of John Silber.