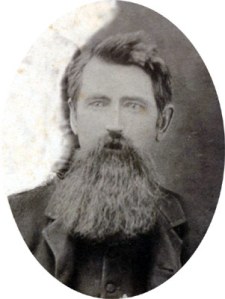 You might have wondered why I found myself driving across South Dakota recently.  I’ve heard for years about the DeSmet annual Laura Ingalls Wilder Pageant, in which the townspeople put on a play based on one of the Little House series of books.  Unsurprisingly, their play rotation focus on the books set partially or completely in DeSmet–By the Shores of Silver Lake, The Long Winter and Little Town on the Prairie.  This year’s production was Little Town, and I have to say that I was impressed.  The talent is mostly local, with the major roles played by high school or college students.  Local younger children and adults played some of the smaller roles.  The permanently installed stage sets, lights, and sound are not small-town at all, and the setting on the South Dakota prairie is beautiful and memorable.  The show was timed so that complete darkness finally fell just as the play ended, so the mosquitoes held off until the curtain call.  I strongly and enthusiastically recommend a visit.

My only criticism?  I don’t mind seeing a high schooler play Charles Ingalls, but he really should try to cultivate Pa’s crazy ugly hipster beard.  They’re back in style these days.

Those of you who know the books will remember that DeSmet is the place where the Ingalls family finally settled after Pa’s restless and relentlessly unsuccessful attempts at homesteading in Wisconsin, Kansas, and Minnesota.  The family only found financial stability when Pa took a job with the railroad that brought them out to South Dakota, and then stayed in DeSmet to work in town.  Then as now, the fantasy of self-sufficiency was just that–a fantasy.  Cities and towns are much stronger engines for economic growth, and having a daughter’s salary and a day job can sure insulate you from those summers when gophers get your corn and locusts strip your wheat.

The family’s fortunes were vastly improved once Pa cooled his itchy feet.  Still, it’s worth noting that although Charles and Caroline Ingalls had four daughters live to adulthood and old age (Mary, Laura, Carrie, and Grace) and three of them married (all but Mary), only one daughter had any children.  Laura gave birth to two children, but only her daughter Rose survived infancy.  Rose gave birth to a son who died as an infant during her brief and apparently unhappy marriage.  She never had any more children.  Why were the Ingalls girls and their one granddaughter so reproductively unsuccessful?  In the famous books, Laura portrayed the moves the family made as grand adventures orchestrated by a fun-loving trickster of a father, but I wonder if their peripatetic childhood and chronic economic insecurity were also experienced as traumatic by the girls, and if it contributed to their reproductive conservativism.  Laura only becomes a schoolteacher so that she can help pay to send Mary to the college for the blind–maybe the sighted Ingalls girls saw the vulnerability of large families and so took measures to avoid having large families themselves.

Life on the prairie in 1890 left one pretty vulnerable, especially in the case of illness or disability, as Laura documents in her books when she writes about Mary’s blindness and her husband Almanzo Wilder’s health crises in The First Four Years.  Now that was a book I just didn’t get when I was a child, and I think it’s the weakest of the entire series.  I just wanted more stories about the morning-glory covered dugout house and the lovely plum tree that grew at Plum Creek, more buttermilk and vanity cakes, and definitely more stories about that wretched Nellie Oleson and how Laura lured her into a leech-infested swimming hole!  Enough of the stories about scarlet fever, diptheria, and paralysis!  (I was only seven or eight, after all.) 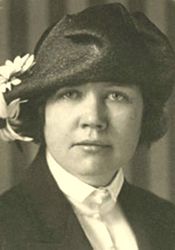 The only granddaughter, Rose, grew up to be a strikingly independent “New Woman” and a popular writer who helped her mother shape the Little House series.  Although she died without heirs and thus was the end of the line for the direct descendants of Charles and Caroline, she undoubtedly made them famous and would ensure that they lived on in history and public memory for generations.  You don’t need a lot of grandchildren, as it turns out, just a grandchild who can help tell your story well and publicize it, too.  (What if she had merely married and had children?  Would she have had the time to develop her talents and to work with her mother on her books?)

In moving their family to South Dakota in the 1870s, Charles and Caroline Ingalls were part of the post-Civil War wave of white American and European immigrant migration to the U.S. West.  The U.S. American population of South Dakota exploded from barely 5,000 in 1860 to nearly 329,000 in 1890, a tremendous rate of growth.  The state continued to grow at a steady rather than geometric clip up to the 1930s, when the population stagnated and continued to stall for the rest of the century.  Perhaps Carrie (b. 1870), Grace (b. 1877), and Laura (b. 1867, and had her children in South Dakota, but later relocated to Missouri) were not traumatized at all by their childhoods but merely reflective of these larger population patterns once the postwar boom was over.  In any case, the stagnation of prairie populations leads me to my last observation.

As I drove every which way across South Dakota and Nebraska, passing through towns that announced their populations in the very low four digits, very high three digits, and in one case, 117 (!) I saw dozens of signs reminding me that “life is a precious gift” and “abortion stops a beating heart,” and similar sentiments.  It occurred to me that it’s probably easier to hate abortion when you’ve watched your town’s population shrink and nearly zero-out for the past four generations, and then some.  It probably seems easier and less complicated to hate abortion instead of raging against agribusiness, global captialism, or the frayed social safety net.

How much easier would the Ingalls’s lives have been with the benefit of Social Security for Pa and Ma, SSDI for Mary, and disability insurance for Almanzo, let alone national health care for all of them?  Maybe Carrie, Grace, and Laura would have had more children.

(Photo source; I did not take this picture and I have no idea if it’s of a sign in South Dakota or not, but it’s representative of what I saw there.  Most were more sentimental and depicted adorable fetuses in uteri, or babies.  But like this one, most signs I saw were clearly handmade and homegrown.)

32 thoughts on “Why they only need little houses on the prairie now: reproduction politics in South Dakota”