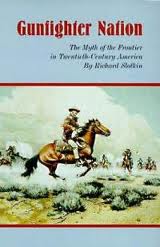 Check out part two of Chauncey’s podcast series on the relationship between America’s gun culture, citizenship, race, and masculinity, which features Richard Slotkin, the Olin Professor of English at Wesleyan University, and the man whom I would like to nominate as the Dean of American Violence Studies.  Some of you may know Slotkin through his incredible work on the long, dark history of racialized violence and gun culture in the United States in books such as Regeneration through Violence:  the Mythology of the American Frontier, 1600-1860 (1973), The Fatal Environment:  the Myth of the Frontier in the Age of Industrialization (1985), Gunfighter Nation:  the Myth of the Frontier in Twentieth-Century America (1992), among other history titles and three historical novels.  No other scholar has researched violence, firearms, and America’s frontier mythology across such an enormous span of time and space. 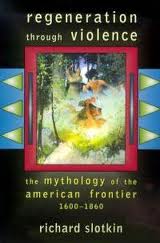 Slotkin’s Regeneration through Violence was a key text in inspiring me to write about violence in early American history.  I read that book in my first year in graduate school, and it really turned my head after reading community study after community study about New England towns that portrayed them as “closed, corporate, Christian communities” rather than frontier encampments surrounded by palisade fences with male citizens required to participate in militia training days and to walk the watch in turn, day and night.  Slotkin’s book suggested to me that the studies of communities within the palisade fences of early Anglo-American towns were missing a vitally important context, namely, the coercive and violent relationships with Native Americans and African Americans within and without town walls.