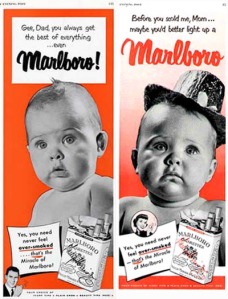 Relicts of childhoods past.

Hey, kids–good news!  Self-appointed language liberator Ann Coulter has proclaimed “retard” to be OK again, and not at all an insult to disabled people, because she says so.  So get your “retard” on again, friends!

What?  You’re not interested in dusting that one off from elementary school in the 1970s and 1980s?  I bet you don’t even laugh at dead baby or fart jokes, either.  I guess the language police got to you, too.

Have you ever noticed that people only invoke those jackbooted thugs, the “language police,” whenever someone else asks them to consider the broader meanings of some of their word choices?  Has anyone ever in fact been apprehended and their free speech rights suspended by the “language police?” No.  The specter of the fictitious “language police” is only invoked by people whose privilege is being challenged.

Does anyone doubt that the world is better off with the abolition in reasonable discourse of the words “retard” and “fag,” for example?  I had to explain to an elementary schooler who happened to walk into a room in which others were watching a new sitcom when those words were used by two characters to illustrate offensive prejudice that she should never, ever repeat those words.  She didn’t even know which words I was talking about, as she had never heard them before, so they didn’t even register in her mind as interesting or important.

For as much as we hear about bullying at schools and online among young people, the abolition of those words among the elementary school crowd these days appears to me to be an unqualified success among educators and parents over the past thirty years.  I can’t imagine what is to be gained by rescuing “retard” from the dustbin of history.

21 thoughts on “A felony arrest by the “language police!””