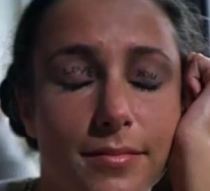 Sad, but true.  Here’s an excerpt from the Archaeology department’s T & P committee letter to Dr. Jones (h/t Monocle Man for this one):

As chairman of the Committee on Promotion and Tenure, I regret to inform you that your recent application for tenure has been denied by a vote of 6 to 1. Following past policies and procedures, proceedings from the committee’s deliberations that were pertinent to our decision have been summarized below according to the assessment criteria.

The committee concurred that Dr. Jones does seem to possess a nearly superhuman breadth of linguistic knowledge and an uncanny familiarity with the history and material culture of the occult. However, his understanding and practice of archaeology gave the committee the greatest cause for alarm. Criticisms of Dr. Jones ranged from “possessing a perceptible methodological deficiency” to “practicing archaeology with a complete lack of, disregard for, and colossal ignorance of current methodology, theory, and ethics” to “unabashed grave-robbing.” Given such appraisals, perhaps it isn’t surprising to learn that several Central and South American countries recently assembled to enact legislation aimed at permanently prohibiting his entry.

Moreover, no one on the committee can identify who or what instilled Dr. Jones with the belief that an archaeologist’s tool kit should consist solely of a bullwhip and a revolver.

I wonder if in the 1930s even professional archaeologists were very much different from grave robbers.  (At least, here in the American Southwest, there was a lot of grave robbing of Anasazi and Puebloan sites that was not only tolerated, but celebrated and rewarded by academia!)  Archaeologists, please fill us in on the (comparably recent) professionalization of your field.