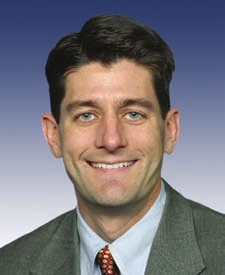 Yes.  Yes, he is.  But Historiann must disagree in the strongest possible terms with Noreen Malone’s claim that Ayn Ryan is “the first member of his generation to run on a major party ticket.”  Is our collective historical memory shorter than four years now?  (Oh, the United States of Amnesia!  How we miss you already, Gore Vidal!  I picture you in an afterlife on the set of the Dick Cavett show with fellow guests Norman Mailer, Bill Buckley, and Truman Capote, all of you just as bitchy as ever, forever!) 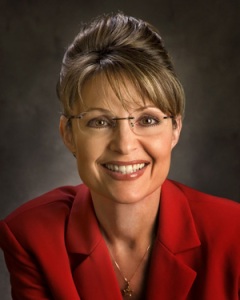 Anyhoo, to the topic at hand:  Sarah Palin (b. February 11, 1964) was of course the first Gen Xer to run for either President or Vice President on a major party ticket.  Like, DUH!  Douglas Coupland, the author of the novel Generation X, defined Gen X as people too young to remember John F. Kennedy’s assassination, but old enough to remember the world before MTV.  I guess all of that femaleness and all of those kids put the zap on our brains, and we forgot that she was also a generational pioneer, in addition to being the first Vaginal American GOP Vice Presidential candidate.  Paul, on the other hand, looks like every other white dude who has run for President in U.S. History, so we look for things that make him super-special.  (He’s Catholic too of course, but most U.S. Catholics don’t practice Ayn Ryan’s style of Catholicism–at least Americans who aren’t Bishops or Archbishops bucking for Cardinal!)

To my mind, Ayn Ryan is cut from the same cloth as Palin, although (admittedly) he’s clearly read a wider selection of books that fifteen year-olds consider deep and important critiques of American society than Palin ever has.  They’re both trimmers who count on people being lazy, uninformed, and too easily distracted by their gin-up-the-base rhetoric to notice that their policy prescriptions are either foolish, or dangerous, or (typically) both.  They’re eager to help their wealthy masters become even wealthier, which only goes to show you that Gen X Pols are just like every other post-1970 American pol.

17 thoughts on “Ayn Ryan: the Gen X pol we deserve? Yes, but hardly the first.”