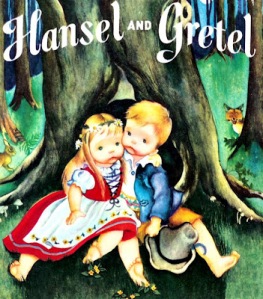 Stay out of the woods, my pretties!

In a very smart and measured editorial last Sunday in the Denver Post, Professor Lloyd Burton of the School of Public Affairs at the University of Colorado, Denver, pointed out how language shapes our views of wildfires and forest management:

We have three problems with our narrative: First, it is an urban narrative applied to a mostly rural landscape; that is, it reports on [wildland-urban interface] wildfires as if they were urban fires. The initial focus is always on proximate causes (what ignited the fire), followed by a quest for fault-finding, usually around the issues of why the fire wasn’t immediately eradicated or why everyone may not have been moved out of harm’s way.

Applying the urban narrative to the WUI also stresses the necessity for the immediate and total suppression of all fires, whenever and wherever they arise. In the urban context, this is absolutely understandable. To do anything other than that would invite catastrophe in our densely populated cities. But applying this urban expectation to WUI wildfires is both futile and inappropriate.

A second problem is that the news media mindset and resulting language of its discourse is saturated in metaphors of war. We are treated daily to visuals of ex-military aircraft bombing fires and structures with toxic fire-retardant. We have strong, courageous, well-trained and well-disciplined “fighters” in the field being coordinated by a top-down incident command system; and we use many of the same communications technologies and terms to implement tactical field maneuvers.

So war talk seems nearly as irresistible to reporters and government officials as is the visual coverage of suppression efforts. When we combine use of the war metaphor with the immediate suppression expectation, it casts fire in the role of relentless and implacable enemy. Anything less than its swift and total eradication is cast as a military defeat.

So how is the Denver Post reporting on the wildfires that are tearing up the foothills on the Front Range this summer?  This morning’s headline in the online version of the DP is “Wildfires:  Military on the Attack,” with an accompanying image of a C-130 military plane captioned “the battle to contain devastating wildfires across Colorado reached a new and more aggressive stage Monday as C-130 military tankers joined the fight to bombard the Waldo Canyon blaze with thousands of gallons of fire retardant.”  Sorry, Professor Burton!  We Americans just love our gear and our wars, don’t we?

Me, I think it’s a safe and easy solution to live in cities and towns instead of the WUI, for all kinds of reasons, fire being only just one of them.  U.S. Americans are really strange in their insistence that rural landscapes are safer than urban ones. Maybe my perspective is very Old World, but there’s a reason that  Europeans clustered together in walled cities after the fall of Rome.  (What happens in fairy tales when Hansel and Gretel, or Little Red Riding Hood, wander away from home and into the forest?  Cannibal witches and big, bad wolves prey on them!  Nature plays a malevolent role in fairy tales–think of the thicket of thorns that surround Sleeping Beauty’s castle while she’s enduring her hundred-year nap.)  Maybe it’s because as a woman, I’ve always felt safer in cities, where there are lots of people in the streets (a la Jane Jacobs) who help maintain a kind of social order and whose presence can usually prevent crime (or if not prevent, at least render speedy aid.)  The idea that the rural or wild landscape is somehow healthier seems to me to be a very white and a very masculine position.

I never felt afraid as a runner–even alone, even at night–in Cambridge or Somerville, Massachusetts, Philadelphia, Baltimore, Washington, or Providence, R.I. in my mendicant student/VAP days, whereas I feel that I must be more vigilant and more alert running along the rural roads around my parents’ house in Michigan.  The scariest situation I’ve ever had as a runner was just about two miles from their house, when 15 years ago I was chased by a pack of vicious dogs who were apparently notorious in their neighborhood.  (Much to my amazement, after running at top speed while screaming and peeing in my shorts the whole time, a Michigan State Trooper pulled up at the nearest intersection after just 20 or 30 seconds of this!  What luck!  I have never before nor since seen a State Trooper on those roads!  But also:  the semi-feral dog chase never would have happened in the big city.)

Baa Ram U. has established a fund to which the university community (and others) may contribute to help our colleagues and students who have been burned out of their homes in the foothills by the High Park fire west of Fort Collins, but I really wonder if donating money to people who live in the WUI are really our most deserving targets for charitable support.  (Am I being too judgmental here?  Too much of a Grinch?)  Fratguy and I support the local food bank very heavily, and my thinking is that it makes more sense to support all needy people rather than just the unfortunates who lived in the foothills, most of whom chose to live there and even lived there quite nicely in new mini-mansions and second homes.

What do you think about cities, rural landscapes, and the WUI?

30 thoughts on “Wildfires, cities, rural landscapes, and the wildland-urban interface”