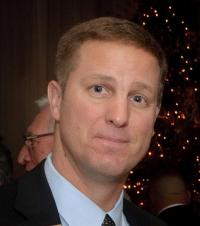 Via the Denver Post, an outstanding example of the kind of person who believes he should hold governing authority over higher education in my state:

A Republican running to sit on the governing board at the University of Colorado has erroneously told voters he has a master’s degree in international economics from [Johns Hopkins University.]

Called on it by critics, Matt Arnold mocked advanced degrees Thursday, explaining he completed the coursework but not his thesis.

“I was more interested in getting on with my life than trying to, quite frankly, waste more time in pursuit of academic BS that no one cares about,” he said.

Right.  “Academic BS that no one cares about” probably wouldn’t make it onto resumes and into campaign literature, then, right?  But somehow, it did in your case, Matt.  Arnold continued:

“I think that’s one of the big problems, quite frankly, with education these days. We’re graduating a bunch of people who hang letters after their names, but they have no useful skills.”

As opposed to people like you, who hang fraudulent and unearned letters after their names, and have no “useful skills!”

Arnold is best known as the director of Clear the Bench, a group aimed at unseating what it sees as activist judges. He is one of two Republicans running for the at-large regent post at CU. He faces Brian Davidson in the June 26 primary in the only statewide race on the ballot.

Activist judges almost always have “letters after their names,” after all.  Student plagiarists and cheaters rejoice!  Arnold reassures us that lying about academic achievement is no big deal.  What’s important are his big ideas, after all:

“This is minutiae,” Arnold said when asked about his degree. “What we ought to be talking about is who has the better ideas for reforming higher education in Colorado, and, quite frankly, I’m the only one who has put forward any ideas.”

Here’s a great idea:  how about cracking down on resume fraud, so that the people in the state of Colorado who legitimately earn college and graduate degrees don’t see the value of their hard work degraded by d!ckheads like you, Matt Arnold?