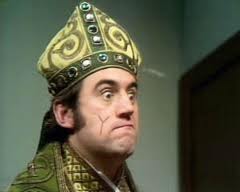 Gail Collins has written an excellent column on the fake controversy that the Republican presidential candidates and the U.S. Catholic Bishops are making over the Obama administration’s rule that Catholic institutions that are not Churches and do not impose a religious test on its employees (universities and hospitals, principally) must offer insurance coverage for birth control.  She explains quite succinctly that the right to religious liberty does not imply a right to impose one’s belief on others:

Catholic doctrine prohibits women from using pills, condoms or any other form of artificial contraception. A much-quoted study by the Guttmacher Institute found that virtually all sexually active Catholic women of childbearing age have violated the rule at one point or another, and that more than two-thirds do so consistently.

The church is not a democracy and majority opinion really doesn’t matter. Catholic dogma holds that artificial contraception is against the law of God. The bishops have the right — a right guaranteed under the First Amendment — to preach that doctrine to the faithful. They have a right to preach it to everybody. Take out ads. Pass out leaflets. Put up billboards in the front yard.

The problem here is that they’re trying to get the government to do their work for them. They’ve lost the war at home, and they’re now demanding help from the outside.

Right on.  I myself worked for two different Catholic universities for five years total–in one case, I was informed when I signed up for benefits that my health insurance policy wouldn’t cover birth control.  In the other case, I have no idea what the university policy was on birth control coverage–as I have never used prescription birth control in my life, I never had the occasion to have a request for coverage denied.  I don’t think it should matter that I’m not Catholic, either, as I believe that Catholic women employees deserve the same liberty of conscience, too.  If 98% of all Catholic women and men aren’t listening to them about birth control, that’s their problem to fix.

Those of you who work for Catholic universities:  what’s the deal with your coverage, or un-coverage?  Was your uni specific about its rules?  Do you feel it is potentially a violation of doctor-patient confidentiality to work at a university or hospital that doesn’t cover birth control?  (How would they know, unless they were monitoring your chart somehow?)

And let’s all congratulate Gail Collins for getting through an entire column in which she doesn’t mention the Mitt-Romney-strapped-his-dog-to-the-roof-of-his-car story.  Srsly, girlfriend:  it’s like Maureen Dowd’s inability not to type something snarky or dismissive in every column about someone whose surname is “Clinton.”  Get over the dumb dog story, willya?