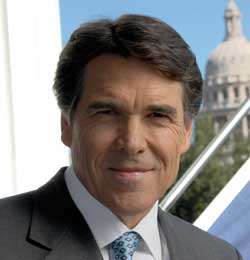 A few thousand Iowans participated in their ritual charade last night.  True to the end in their disgust and distrust for Mitt Romney, 75% of them chose “someone else,” and 25% of them even voted for Rick Santorum, mostly because they’d already crushed on every other Republican candidate in the race and he was the last one on their dance cards.  (Tim Pawlenty was crying into his Postum last night, I’m sure.)

I haven’t written about the Republican primary much because I’m really not all that interested in this beauty contest for who can be the ugliest and most outrageous.  The one thing I am slightly interested in is the fact that Romney excites precisely no one, and most Republicans kind of hate him.  Most Republicans were sick of George W. Bush after eight years, but I guess they’re not so sick of Bush that they can’t also be turned off by his polar opposite, Romney.  (If anyone might like Romney you’d think it would be George Will, but even Will has compared Romney unfavorably to Tom Dewey, Michael Dukakis, and John Kerry.)

Via RealClearPolitics, I found this interesting excerpt from The Real Romney, forthcoming by Boston Globe reporters Michael Kranish and Scott Helman, that strikes me as a very fair and well-researched look at Romney’s religious leadership and professional career over the past 40 years.  (They also explain pretty clearly how Romney made his money, which is a pretty complicated thing to understand for most people who are not in management consulting and/or who had little experience with LBOs and junk bonds in the 1980s and corporate raiders in the 1990s.)

The quick and dirty:  Romney is brainy, driven, and utterly devoted to his family, formal in his manners and cautious to a fault.  People who were put off by George W. Bush’s seat-of-the-pants, aggressively uninformed management style will be glad to know that Romney’s style is the complete opposite.  In his work for Bain & Company and Bain Capital, he was methodical in his approach to problems, obsessive about collecting information and using every piece of data available to arrive at the right decisions, and even then he proceeded with an abundance of caution.  He was tremendously valued by his clients and by Bain itself for his preparation and the resulting rainmaking performance.

This precision and calculation in his business and (brief) political career as a one-term governor also has led mostly non-Mormons and some Mormons who disagreed with his leadership decisions to describe Romney as chilly, distant, and overly clinical in his approach to solving problems.  But the article also offers a sympathetic portrait of Romney through his leadership roles in the LDS church as a vital part of a supportive community that takes care of its own.  Perhaps because of his background in management consulting, he’s portrayed here as very brisk and no-nonsense about dispensing advice that will be painful for others to carry out.  The article offers two examples, which interestingly focus on women and reproduction:  first, it offers the story of an unmarried young woman he advised as a Mormon bishop to give up her baby to adoption (she refused, and eventually left the church), and then another story about a mother of five in a hazardous pregnancy with her sixth child whom he counseled not to have an abortion (she also refused Romney’s advice, had the abortion, and has never regretted it.)  But, as always:  don’t take my word for the takeaway, read the article (or even the book) yourself.

My prediction:  It is ironic that in a year in which more rank-and-file Republicans put beating President Obama at the top of their list of qualities they want in a presidential candidate, they may end up nominating their most Obama-like candidate.  Both men are rather chilly and like to keep people at a distance; both are brainy, but brains haven’t necessarily counted for much in the history of American political leadership; both men have shown their willingness to incorporate ideas from the other party and to work with opponents, something that both of the base in their respective parties detest; and both men have demonstrated their willingness to throw women’s liberties under the bus for what they perceive as the greater good.

Republicans are correct to be wary of Romney, but not because he’s not conservative enough.  He is smarter than they are, and he can’t fake that he knows it.  They also would probably do better as a party to let Romney lead them, but he lacks the personal charm and the political swagger to get his party or enough other Americans on his side to be a strong leader.  Even if he is elected in November, we’re looking at at least four more years of gridlock and inaction by Congress as we continue to face high unemployment, a stagnant economy, and a warming planet, which is pretty much the same if Obama is re-elected.  (This is indeed what we may face, since it seems like Romney is about the only guy in America who can make Obama look like a warm guy who just luuves the ‘merican peepul!)

15 thoughts on “Feel the Santormentum! Know your Romney: A Janus-face for January”