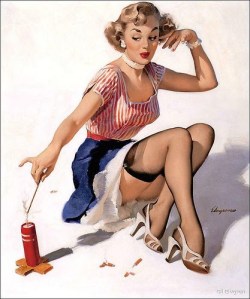 Well, friends, Happy New Year and all that crap.  We’re back home on the High Plains Desert, and it’s sunny and reaching into the 50s and 60s this week.  Fun!  I will miss feeling like Jaime Sommers running at sea level for the past two weeks, but it’s time to get back into running at 4,713 feet elevation-shape again.  While I’m out, here are a few linky-dinkies to keep you amused, if not informed.