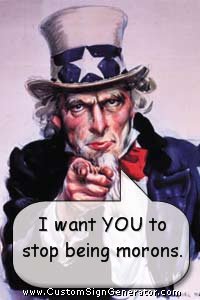 Did any of you cats see this from yesterday?  Some idiots tried to rip off the Maryland Historical Society in Baltimore:

An attorney for a presidential historian charged with the theft of such library treasures as papers signed by Abraham Lincoln and invitations to inaugural balls says there is no evidence against his client and he shouldn’t have been denied bail.

Landau and Jason Savedoff, 24, both of New York City, were arrested and charged Saturday with theft of more than $100,000 after document thefts were reported at the Maryland Historical Society in Baltimore, according to court documents.

Landau is a published author whose works include “The President’s Table: Two Hundred Years of Dining and Diplomacy,” released in 2007.

A historical society employee told police that Savedoff and Landau had been acting suspiciously and called authorities after he saw Savedoff conceal a document in a portfolio and walk it out of the library, according to court documents.

A search of a locker at a building that Savedoff was carrying a key to turned up 60 documents, many of which Landau had signed out, according to court documents. The items included papers signed by Lincoln worth $300,000, numerous presidential inaugural ball invitations and programs worth $500,000, a signed Statue of Liberty commemoration valued at $100,000 and a signed Washington monument commemoration valued at $100,000, court documents state.

See what might tempt you if you don’t listen to Historiann, and you just write starf*cking books like Landau?  Historians serve their profession and themselves better if they go to archives in search of new knowledge instead of dumba$$ “autograph hunter” material that might have a tempting market value but is of no meaningful historical value.  First of all, you will find and perhaps aid in preserving old documents which you will use to produce something actually new and perhaps even interesting.

Secondly, you won’t go to jail for it.  That seems to me to be a huge advantage over the other path, but you can’t fence this cowgirl in.

Man, that horse can DANCE, goddammit!

20 thoughts on “Another reason not to become a "presidential historian"”