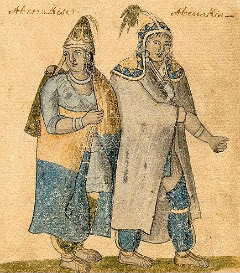 Thomas Foster, author of Sex and the Eighteenth-Century Man (2006), and the editor of two recent collections of essays in early American history of sexuality and gender, Long Before Stonewall:  Histories of Same-Sex Sexuality in Early America (2007) and New Men:  Manliness in Early America (2011), is looking for contributors for a new volume to be published by New York University Press called Women in Early America.  I’ll let Foster take it from here–this is from an e-mail he sent to me, which I believe was also published recently on h-net:

Women in Early America is an anthology on women in America from contact through the Revolutionary era. Proposals for essays that employ a transnational approach and that rewrite master narratives are especially encouraged. As the volume is largely intended for use in undergraduate courses, essays that are written for that audience and that address major themes in women’s and gender history courses are also particularly desirable.

New York University Press has expressed strong interest in publishing this project. I’m in the process now of soliciting proposals for chapters so that I may put together a book prospectus within the next few months to secure a contract. If you are interested in proposing an essay for this volume, please send an abstract and cv to tfoster4 AT depaul DOT edu.

Recently, I edited New Men: Manliness in Early America which explored how manliness was defined and redefined in the context of colonial and Revolutionary America. This volume is a companion volume and uses the same starting point as New Men which began as follows: “In 1782 when J. Hector St. John de Crevecoeur published his description of American society and wrestled with what it meant to be an American he articulated a question that many were asking: ‘What, then, is the American, this new man?’ For every generation that followed, the question has resonated.” Women in Early America takes up Crevecoeur’s question and applies it to early American women using the insights of women’s and gender history. 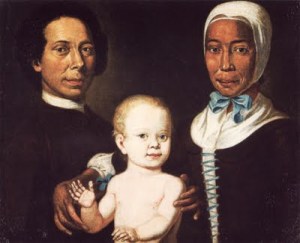 For the record:  I was a reader consulted on his proposal for New Men back in 2008, and I thought it was a strong proposal.  The completed book is even stronger than the proposal was, as it features the cutting-edge scholarship of emerging scholars like Benjamin H. Irvin, Carolyn Eastman, Tyler Boulware, and Natalie A. Zacek, while also offering essays by senior early Americanists like Kathleen Brown, Trevor Burnard, Ann Marie Plane, and Janet Moore Lindman.  (I see that many–but not all–of these scholars have a Johns Hopkins U. connection.)  Bookended by a preface by Mary Beth Norton and an Afterword by Toby Ditz, Foster has produced a collection that should command respect and a wide readership.

I think it’s high time for a new collection of essays on early American women, especially since the number of us working on black and brown women’s history and/or on women who speak Spanish or French or Nahuatl instead of English has expanded a bit so that a collection these days could be published in which white, English-speaking women are not the subject of the majority of essays. I also think that it would be terrific to see the book incorporate the new emphasis we’ve seen recently on material culture as a way of understanding women’s lives, as we’ve seen in books by Marla Miller and Laurel Ulrich, and in essays by Sophie White and Linda Baumgarten, for example. 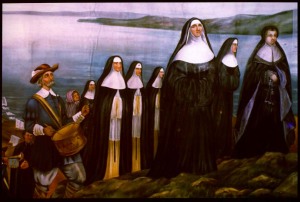 Some of you may recall that we had a rip-roaring discussion on the state of early American women’s history at the Omohundro Institute conference in Salt Lake City in 2009, and early American women was the subject of the William and Mary Quarterly-Early Modern Studies Institute workshop at the Huntington Library last month.   Those of you who contributed to those conversations should consider sending Foster a proposal!  I’m assigning many of the essays in Long Before Stonewall in the History of Sexuality in America course that I’m co-teaching next fall with Ruth Alexander, and I certainly will consider adopting Women in Early America for my American Women’s History to 1800 course.

3 thoughts on “Call for Contributors: Women in Early America”