The media are at it again–announcing the discovery of another “new” cultural “trend,” that is, and publishing a series of “You Kids Get Off My Lawn” type articles complaining about young people these days.  It’s the Great Recession, or the Second Great Depression, or whatever–so there’s another panic about the extension of childhood to age 30 and what’s-wrong-with-kids-these-days.  Sometimes today’s 20-somethings, who are the children of baby boomers, get the advantage of more sympathetic press coverage–see this New York Times magazine article, for example.  But a lot of this nonsense is pretty hostile, and unfairly harsh on a whole generation of Americans, like these cranky rants published today in the Denver Post:  “Generation Y Bother” by Ruben Navarette, Jr., and “A Generational Collision is Coming”by Tom Downey.  Guess what?  The rising generation is optimistic, idealistic, and isn’t professionally settled–GASP!!!  And old farts in their 40s on up feel free to condescend to them.  Thank goodness the media is on this story. 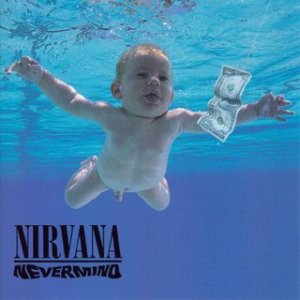 Pull up a chair on the porch and let Grandma Historiann give you a little history lesson about the days when we were all smelling the teen spirit, wearing our ballcaps backwards, and affecting the heroin chic look in imitation of Kate Moss.  Back in my early postcollegiate days–the early 1990s–there was a recession on, and a lot of wailing and rending of garments about what a pathetic bunch of losers we 20-somethings were.  A lot of people I know lived with their parents after college graduation and sometimes during grad school, or at least while they tended bar/coached junior high soccer/planned their next degree and/or move.  We too were lectured by older people and looked down on as “slackers,” stereotyped as unmotivated baristas with useless Comp Lit and Art History degrees.  A lot of ink was spilled on the return of ink–that is, tattoos–on a lot of our bodies, and whether or not we’d ever get “real jobs” after getting sleeved.  Then guess what?  The economy was roaring again so that by the late 1990s, we were all supposed to be dot-com millionaires and owners of zillion-dollar homes in Redmond, Washington or Palo Alto, California.  Of course, most of us conformed to neither stereotype or expectation–but the media narrative was so much more entertaining if it was focused on the extremes. 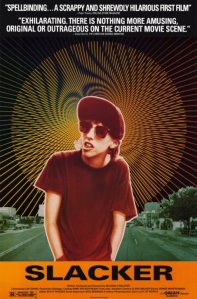 Most of the horse$hit being shoveled at us in these articles is historically inaccurate, because these stories are laboring so hard to convince us that there’s something truly new and unique about the rising generation of adults.  I suppose that might be the case one day–but color me unimpressed with the truthy goodness I’ve seen so far.  From the New York Times magazine story, “What Is It About 20-Somethings?”

These articles will dry up once the economy gets going again, and instead they’ll highlight the ridiculously huge salaries that a few Millennials will make because they happen to have the skills or aptitudes required by the new economy.  Meanwhile, enjoy the old farts making fools of themselves–and please add links to other stories you’ve seen like this.  Although I officially qualify now as an old fart, I’ve been impressed (for the most part) by my students of the past decade.  They do a lot more volunteer work than people of my generation, and they’re much more apt to be “joiners” than we ever were.  It’s probably a good thing that Gen-X is a pretty small generation–we’re in our 30s and 40s now, and what have we given the world other than Timothy McVeigh, some decent grunge and hip hop, and our carefully honed cynicism and joylessness?