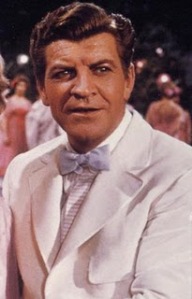 He's a fake and he doesn't know the territory!

NOTE:   Click here only if you’re interested in the latest developments in the Colorado Democratic U.S. Senate primary race between Andrew Romanoff and the Unelected Senator Michael Bennet.  The New York Times has a story that’s superbad for Bennet–some of you easterners may have seen this today shortly after the paper hit your doorsteps.  Otherwise, please read and respond to the previous post in which I ask for advice about how to free up some shelf space.

Something just smelled rotten about Unelected Senator Michael Bennet from the get-go:  the ease with which he got top jobs in fields he didn’t train in, and his short tenure in all of them.  The fact that he was appointed to the U.S. Senate as a political neophyte was mind-blowingly ridiculous.  No one has a career like that unless he is serving powerful interests.  Throughout it all, we had to wonder–who is this guy really working for?  We at Historiann.com always suspected, but now we know–he’s the Senator from JP Morgan Chase!

In the spring of 2008, the Denver public school system needed to plug a $400 million hole in its pension fund. Bankers at JPMorgan Chase offered what seemed to be a perfect solution.

The bankers said that the school system could raise $750 million in an exotic transaction that would eliminate the pension gap and save tens of millions of dollars annually in debt costs — money that could be plowed back into Denver’s classrooms, starved in recent years for funds.

To members of the Denver Board of Education, it sounded ideal. It was complex, involving several different financial institutions and transactions. But Michael F. Bennet, now a United States senator from Colorado who was superintendent of the school system at the time, and Thomas Boasberg, then the system’s chief operating officer, persuaded the seven-person board of the deal’s advantages, according to interviews with its members.

Rather than issue a plain-vanilla bond with a fixed interest rate, Denver followed its bankers’ suggestions and issued so-called pension certificates with a derivative attached; the debt carried a lower rate but it could also fluctuate if economic conditions changed.

Since it struck the deal, the school system has paid $115 million in interest and other fees, at least $25 million more than it originally anticipated.

To avoid mounting expenses, the Denver schools are looking to renegotiate the deal. But to unwind it all, the schools would have to pay the banks $81 million in termination fees, or about 19 percent of its $420 million payroll.

John MacPherson, a former interim executive director of the Denver Public Schools Retirement System, predicts that the 2008 deal will generate big costs to the school system down the road. “There is no happy ending to this,” Mr. MacPherson said. “Hindsight being 20-20, the pension certificates issuance is something that should never have happened.”

To be sure, the seven-member DPS board bears the majority of responsibility for essentially taking taxpayer money to the track and betting it all on a pretty pony.  But color me unsurprised that Bennet was a pitchman for taking school money and sending it off to Wall Street.  (Memo to the DPS school board:  the house always wins!)  This is probably bigger news for the general election campaign if Bennet wins his primary next Tuesday–since it’s a nearly all-mail ballot election this year, it’s unclear that this story has broken early enough to help primary challenger Andrew Romanoff.  But you can be sure that Ken Buck will go after this, hammer and tongs.

There may also be implications for the governor’s race, since Bennet’s original political benefactor, Denver Mayor John Hickenlooper, will be the Democratic nominee.  (Or, there would be repercussions if both of the Republican candidates hadn’t imploded with scandal and the crazzy, and if former Republican Tom Tancredo hadn’t decided on a third-party run.)  Promoting and supporting Bennet is something that should be wrung around the necks of Hickenlooper, Governor Bill Ritter, and yes–Barack Obama, who has promoted Bennet from the start.  Thanks, Democratic D00dz!  With Democrats like this, who needs Republicans?

Like I said on Tuesday morning, “Bennet will either lose next week, or he’ll lose in November.  He’s going to have to clean out his desk in January, in any case.”  I feel a little badly about using a photo here of the magnificent Robert Preston as Professor Harold Hill, the flim-flam salesman of boys’ bands from The Music Man.  Preston as Hill had real charm and skills–unlike the Unelected Senator.