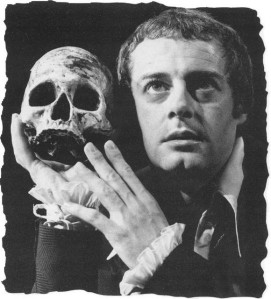 Tenured Radical had a provocative post last week about blogging before tenure.  (I suppose we could extend this to include before employment, for all of you graduate student and adjunct bloggers out there.)  She writes:

3. Do you think that blogs should be considered, in any respect, when a professor has yet to attain tenure?

Since the discipline in which I hold tenure (history) has barely dealt with electronic publishing at all as part of the promotion process, and also has a mixed record on how it regards pre-tenure scholarship published to a trade audience, I would hope that we would not start having a conversation about blogs that was not preceded by one that addressed these other critical issues. But I should think that participation in group blogs that serve a field or a discipline should be taken into account as much as book reviews or encyclopedia entries, which everyone lists in endless, boring detail on their vitae as if they took more than a day to write.

Good point.  A former colleague of mine once called those things–book reviews and encyclopedia entries–“salad,” as in, you won’t get much credit for doing them, but you should do them to contribute to the profession and, in years in which you don’t publish a prizewinning article or book, to show that you’re doing something.  Here’s where the whole question of peer review comes up, though–it strikes me that a group blog that focuses fundamentally on scholarship (like our pals at Religion in American History) could make a more than reasonable case for including their blogging in their scholarship.  This blog, on the other hand, isn’t going on my annual evaluation, although I publish from my position as “Historiann” and not (for example) as a parent (if I am one), pet owner, running enthusiast, NASCAR fan, or whatever.  (The reasons for this are explained in more detail here and here, with help from my old friend GayProf–it’s a personal preference, but realistically, blogging ain’t going to get me my final promotion, so why bother?)

Would I hold a blog against someone? Sure! If I was certain that a person had been caught in a huge bloggy lie — plagiarism, seducing people on line by pretending to be someone else, and masquerading as a variety of different, malicious sock puppets on their own and other peoples’ blogs are three examples that come to mind — it would cause me to wonder about that person’s general integrity and scrutinize other aspects of the tenure case a bit more carefully for similar flaws. It has been my unhappy experience that people who lie don’t just do it in one context, and they tend to keep doing it. I stumbled onto the website of someone whose first book was plagiarized in the manuscript stage (although when this was pointed out, innocence was claimed and the problems were at least partly rectified.) Many years later, the web page was full of flamers about said person’s personal history that were entirely irrelevant to scholarship but that fabricated a far more dashing past than the individual actually had. Honesty in personal relations strikes me as equally, if not more, important than scholarly integrity, since in most of our daily work we count on people to be honest in all their relationships.

I agree.  (Joseph Ellis, anyone?)  This can usually be avoided by not being a complete jerk on-line.  (I’ll readily admit that I’ve been a jerk here on occasion when responding to a commenter, but I’ve apologized and tried to make it right.)  This issue also seems very much intertwined with the question of anonymity, pseudonymity, or blogging under your given name and profession:  the lines we draw are different.  For example:  esteemed friends with anonymous or completely pseudonymous blogs (like Dr. Crazy, Notorious Ph.D., both of whom were recently tenured and promoted while blogging) don’t write anything on their blogs that they would be ashamed to have their colleagues find and identify with them.  They’ve built a “brand” for themselves under a pseudonym, and they’re just as responsible for it now as they are about their given names and professional identities.  As all my friends who work in advertising and marketing tell me all of the time, social media and blogs are all about developing your “brand,” so the wise blogger doesn’t develop an on-line identity that’s dramatically different from or conflicts with hir professional identity.  (At least, that’s what Another Damned Medievalist and I talked about last summer when we met–she has given papers at conferences about using on-line communication in developing a professional identity.)

For myself, because I’m not really pseudonymous, you may have noticed that not only do I not talk about my work colleagues or what happened at a recent faculty meeting, but I also never write anything specific about my students or anything terribly interesting about what’s going on in my classes–because b!tching about them here (were I so inclined) would seem at the very least disloyal, if not predatory.  I also keep track of comments to ensure that people are playing nicely, and that no one is being insulted or ganged up on (including me, by the way.)

0 thoughts on “To blog, or not to blog? That's the question.”