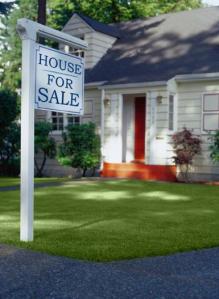 I had an e-mail exchange yesterday with a good friend of mine from when I lived in–let’s call it Winesburg*–Ohio.  He left Winesburg a few years after I moved out to Baa Ram U.  He told me today that the junior scholar who replaced him there really likes her job.  He writes,

Apparently, this new assistant prof loves it and has a bunch of friends also hired at the same time. And my response was, just wait until the friends start moving away. And then I remembered how I really liked [Winesburg] for a couple of years — then [good friends] moved away and then you, and so on.

I’ve been thinking about the transience of academic careers and lives a lot lately–Flavia commented briefly on this in her most recent post, and then I got this e-mail from my old friend yesterday.  I too have seen a high level of transience among my friends in both of the towns Dr. Mister and I have lived in in the past twelve years, since beginning our “real” professional lives.  A lot of my friends here in Colorado have moved far away because of better job opportunities, but even those who still work locally have moved out of Potterville to Denver or other towns nearby.  When I applied for another job a few years ago, I was perfectly happy that nothing came of it–I decided that my current job looked good compared to the one I interviewed for, and besides, I said to myself:  I don’t really need more new friends, although they’re always good to make.  I need more old friends, and I’m really tired of leaving friends behind.

When I first moved here, I really missed our friends and neighbors in Winesburg terribly.  I didn’t know if I’d ever be so fortunate again, meeting and befriending so many interesting and accomplished people in one tiny town of just 27,000 people.  (University towns may be transient, but you can usually find a decent concentration of interesting people.)  I go back to visit Winesburg occasionally–but the truth is, it’s a totally different place now than it was ten years ago because so many of the people I knew there have also moved on.  I’ve learned that I can’t indulge in nostalgia for a place, only for a time.  But then, I suppose that’s the way it is for most of us, if we think about what it is we’ve really left behind.

What about the rest of you?  What or who did you end up leaving behind, or are you always the one finding yourself left behind?

*”Winesburg” is an allusion to Sherwood Anderson’s 1919 novel of the same name–but apparently, there is a real Winesburg, Ohio, not far from Canton in eastern Ohio.  It is not in fact the town I lived in.

0 thoughts on “The academic life: movin' on.”