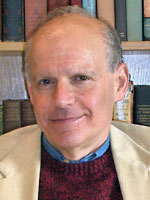 Edward Linenthal, the editor of the Journal of American History and Professor of History at Indiana University, is visiting Potterville, Colorado this week as the Hewit Distinguished Professor of History this year at the University of Northern Colorado.  Yesterday he gave an informal talk to the History faculty there over lunch on the subject of “How to Get Published in the Journal of American History.”  He also provided a lively and in-depth glimpse of how the journal works and some of his priorities as editor.  I caged an invite from my pals at UNC, and found Linenthal so engaging and down-to-earth that I asked him if I could publish my notes on his comments, and he said yes.  So, here you go:

All in all, I found Linenthal to be appealingly open and frank.  I also am convinced now that editing a journal is the last job in my professional world that I’ll ever seek–it’s really hard work, and even when you do it fairly and very responsibly, you just end up making a whole lot of people angry.  Even people whose articles get published get all shirty about having to revise their work–or so I imagine.  Where’s the love, Ed?  I’ll show you:  I’m bringing a carload of current and former grad students with me to his public lecture tonight called “The Holocaust in America.”  Local readers:  it’s at the University Center Panorama Room at the University of Northern Colorado at 7:30 tonight, and it’s free and open to the public.