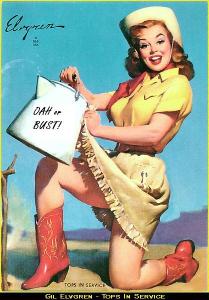 Here are some more highlights from Saturday, March 28 at the Organization of American Historians’ annual meeting in Seattle.  (In case you missed it, Part I of my wrap-up is here.)  As I was pulling myself together for my 8:30 a.m. session, I ran into Tenured Radical, who confessed that she was feeling a mite queasy.  (Was she ever!  Poor thing.)  But, the show must go on, and I was looking forward to hearing Mary P. Ryan’s comments at the women’s lunch at noon.  My next post will cover Ryan’s comments at lunch–please allow me to indulge in some in-depth reporting on the “State of the Field” roundtable I was on, as I think some of the issues raised there may be of interest to many of you, because we’ve chewed over some of these questions here before.

State of the Field:  Gender and Sexuality in Early American History featured Carol Karlsen, Jennifer Spear, Todd Romero, Historiann, and Susan Juster serving as chair and moderator.  Kirsten Fischer organized this panel, and it was co-sponsored by the Steven J.  Schochet Endowment for GLBT Studies and Campus Life, although she was unable to be with us because she is on leave this year and out of the country.

Well, folks–this post is already waaaay too long, so more on Mary Ryan’s comments at lunch later.  In the meantime, if you really can’t wait, you can see video of her speech in its entirety here!  HNN has put up a handy page with lots of meeting highlights here, for those of you who want to venture beyond the confines of this blog.)