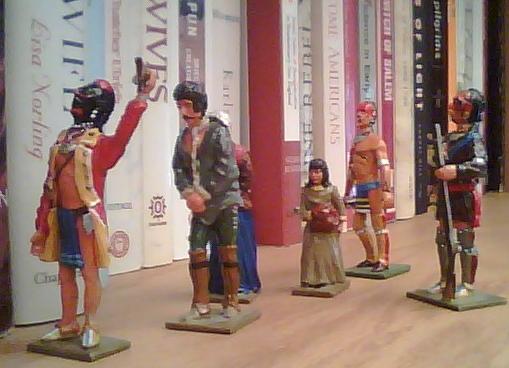 Did you know that John McCain was a P.O.W. in Vietnam?  Me neither, until I heard it about 600 times at the Republican National Convention!  (Someone, please explain to me exactly why Wesley Clark was wrong and was an ineffective surrogate for the Obama campaign.)

Anyway, this lovely September Sunday morning must have been much like the dry and sunny late summer days in which French-allied Abenaki typically attacked English houses and villages in Northern New England and Western Massachusetts, and marched away with their prisoners of war.  The winter attack on Deerfield, Massachusetts in 1704 notwithstanding, the vast majority of captive raids, like the vast majority of other eighteenth-century military engagements, happened from July through mid-October.  Any earlier than that interfered with the agricultural calendar, and any later than that made for rough overland travel into (or out of) the northeastern backcountry.

0 thoughts on “POWs in the eighteenth century”